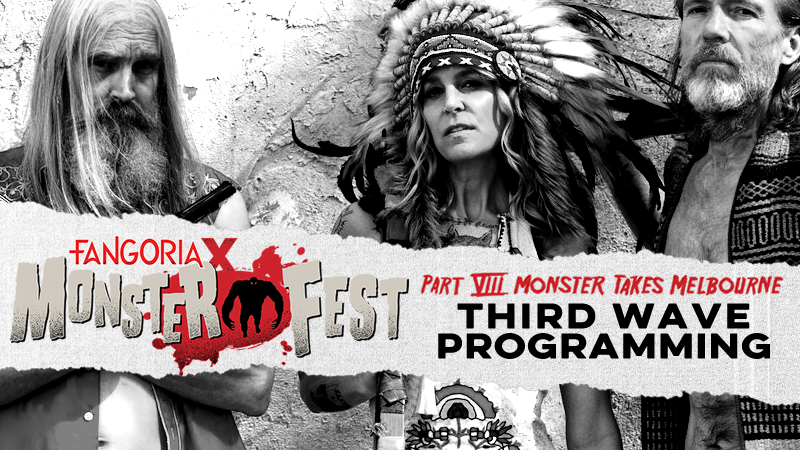 As FANGORIA x MONSTER FEST PART VIII: MONSTER TAKES MELBOURNE draws nearer, we are pleased to reveal our Third Wave of Programming, all of which are Australian Premieres and include our Opening Night Film!

Rob Zombie‘s beloved and blood-crazed Firefly family return in our Opening Night Film, 3 FROM HELL, the most sadistic chapter in their violent crime saga yet.

Writer/director David Marmor‘s paranoia-infused and suspense-fuelled 1BR follows a young woman who gets more than she bargained for when she scores the perfect Hollywood apartment.

Sarah Bolger delivers a tour de force performance as a young mother turned vigilante in the search for the truth behind her husband’s murder in Abner Pastoll‘s gripping and grim A GOOD WOMAN IS HARD TO FIND.

Joe Begos‘ intense, claustrophobic and gore-drenched dystopian actioner VFW sees a group of war veterans defend their local post from a relentless assault by a maniacal drug dealer and his heinous gang of crazed criminals.

Gore galore and laughs abound in Chelsea Stardust‘s SATANIC PANIC, that follows a pizza delivery girl’s fight for life as her last order for the night lands her in the midst of a satanic ritual.

Tony D’Aquino‘s THE FURIES subverts the classic tale of THE MOST DANGEROUS GAME into a slick and savage slasher film that finds an innocent woman an unwilling participant in a game of survive or die with a gang of masked killers.

3 FROM HELL | THURSDAY OCTOBER 10TH 7PM
First there was HOUSE OF 1,000 CORPSES. Then there was THE DEVIL’S REJECTS. Now, from writer-director Rob Zombie, comes the next blood-soaked chapter in the most violent crime saga in movie history—3 FROM HELL. After barely surviving a furious shootout with the police, Baby Firefly (Sheri Moon Zombie), Otis Driftwood (Bill Moseley), and Captain Spaulding (Sid Haig) are behind bars. But pure evil cannot be contained, and a firestorm of murder, madness, and mayhem will be released in this terror ride to Hell…and back. 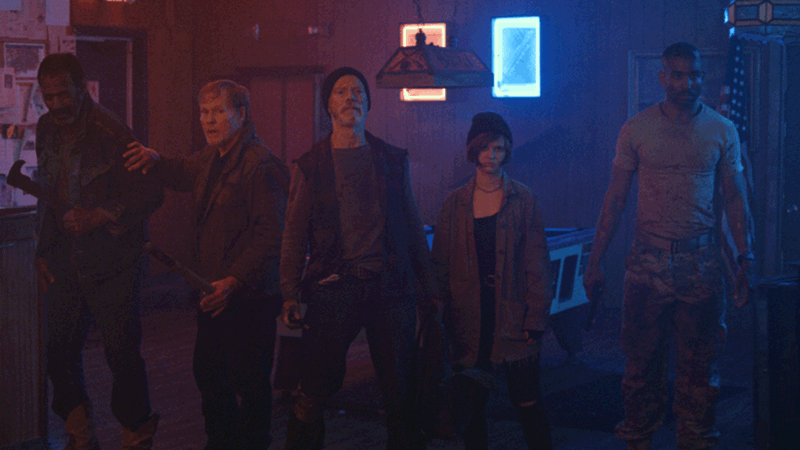 VFW | FRIDAY OCTOBER 11TH 11:15PM
Pitched as ASSAULT ON PRECINCT 13 meets NIGHT OF THE LIVING DEAD,  VFW follows barman Fred and his retired military buddies as they are forced to defend their local watering hole – and an innocent teen – against a deranged drug dealer and his relentless army of punk mutants. These Vietnam vets have been to hell and back, but this will be the longest night of their lives.

THE WRETCHED | SATURDAY OCTOBER 12TH 12:30PM
After an incident in school sees him shipped off to a small coastal town to work in his father’s dockside custodial business, a defiant teenage boy faces off against a child-eating swamp witch, who is living beneath the skin of and posing as the woman next door.

1BR | SATURDAY OCTOBER 12TH 9:30PM
After leaving behind a painful past to follow her dreams, Sarah scores the perfect Hollywood apartment. But something is not right. Unable to sleep, tormented by strange noises and threatening notes, her new life quickly starts to unravel. By the time she learns the horrifying truth, it’s too late. Caught in a waking nightmare, Sarah must find the strength to hold onto her crumbling sanity…or be trapped forever in an existential hell.

SATANIC PANIC | SATURDAY OCTOBER 12TH 11:30PM
Times are tough for Sam. Already a cancer survivor at twenty-two, she eeks out a meager existence delivering pizza for minimum wage—and minimum tips. When the final delivery of the night promises to take her to a wealthy neighbourhood with the chance of a healthy tip, she jumps at the opportunity to make up for an unprofitable shift. What begins as a quest for cash ends up as a quest for survival, though, when it turns out her customers aren’t who she’s used to delivering to. Instead, they’re a Satanic cult of a very different colour: high-society elites for whom worshipping the Dark Lord coexists with country clubs and casseroles.

THE FURIES | SUNDAY OCTOBER 13TH 2:45PM
Rebellious high school students Kayla (Airlie Dodds) and her best friend Maddie (Ebony Vagulans) find themselves abducted by a sinister presence. Kayla wakes up in a box in the middle of a forest with no idea how she got there, and no idea of Maddie’s whereabouts. She soon realises she is not alone – men in terrifying masks are stalking six other young women in the woods. As the threat of more killers closes in, Kayla races to save as many girls as she can. But when the girls turn on each other, Kayla’s killer instinct is unleashed and she does whatever it takes to survive and seek revenge on her abductors.

A GOOD WOMAN IS HARD TO FIND | SUNDAY OCTOBER 13TH 5PM
Recently widowed mother of two Sarah (Sarah Bolger) is desperate to know who killed her husband in front of their young son, rendering him mute. Coerced into helping a low-life thug stash narcotics stolen from a vicious drug lord, she’s forced into taking drastic actions to protect her children and in the process, must come face-to-face with the truth about her murdered spouse. In this dark and daring journey through Northern Ireland’s underbelly, Sarah evolves from downtrodden submissive to take-charge vigilante.

The VIP Pass gets you all-access to all Monster Fest screenings, events and panels from Thursday October 10th to Sunday the 13th.

The Mini-Pass may be used for any 5 Monster Fest film sessions from Friday October 11th to Sunday the 13th (EXCLUDES Opening Night).