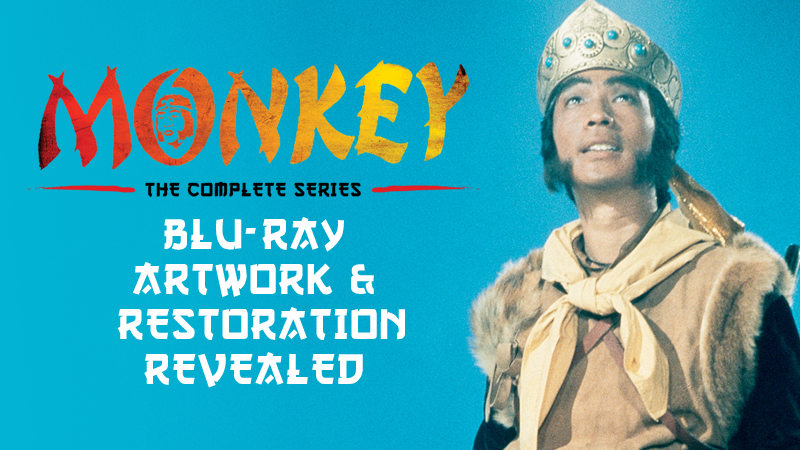 “Elemental forces caused the egg to hatch. From it then came a stone monkey. The nature of Monkey was irrepressible….”

If you’re unfamiliar with MONKEY, you lived a sheltered childhood. Don’t despair though as Umbrella Entertainment are releasing MONKEY – THE COMPLETE SERIES on home entertainment this October so you’ll finally be able to relate with your peers!

Painstakingly restored in high-definition, this will mark the Blu-ray debut of the beloved TV Series and for the naysayers asking how good can it look, check that this teaser below that not only sports the stunning new transfer but has a direct comparison between the prior DVD release and this all-new restoration.

Prince Chaos ruled the worlds before Monkey. Monkey was born of time, of Heaven and earth, sun and Moon, out of a stone egg. He was irrepressible! The place was like Ancient China and the time might have been a thousand years ago. They fought – and they thought – then, as now. Holy Tripitaka prayed. One disciple, Sandy, a fish-spirit. Pigsy, expelled fromHeaven for greed, is a spirit of a pig. He is changing. Everything changes. There is a horse, once a dragon, now evolving into human form. Monkey, Horse, Sandy, Pigsy and Tripitaka are all upon a journey as long as life. 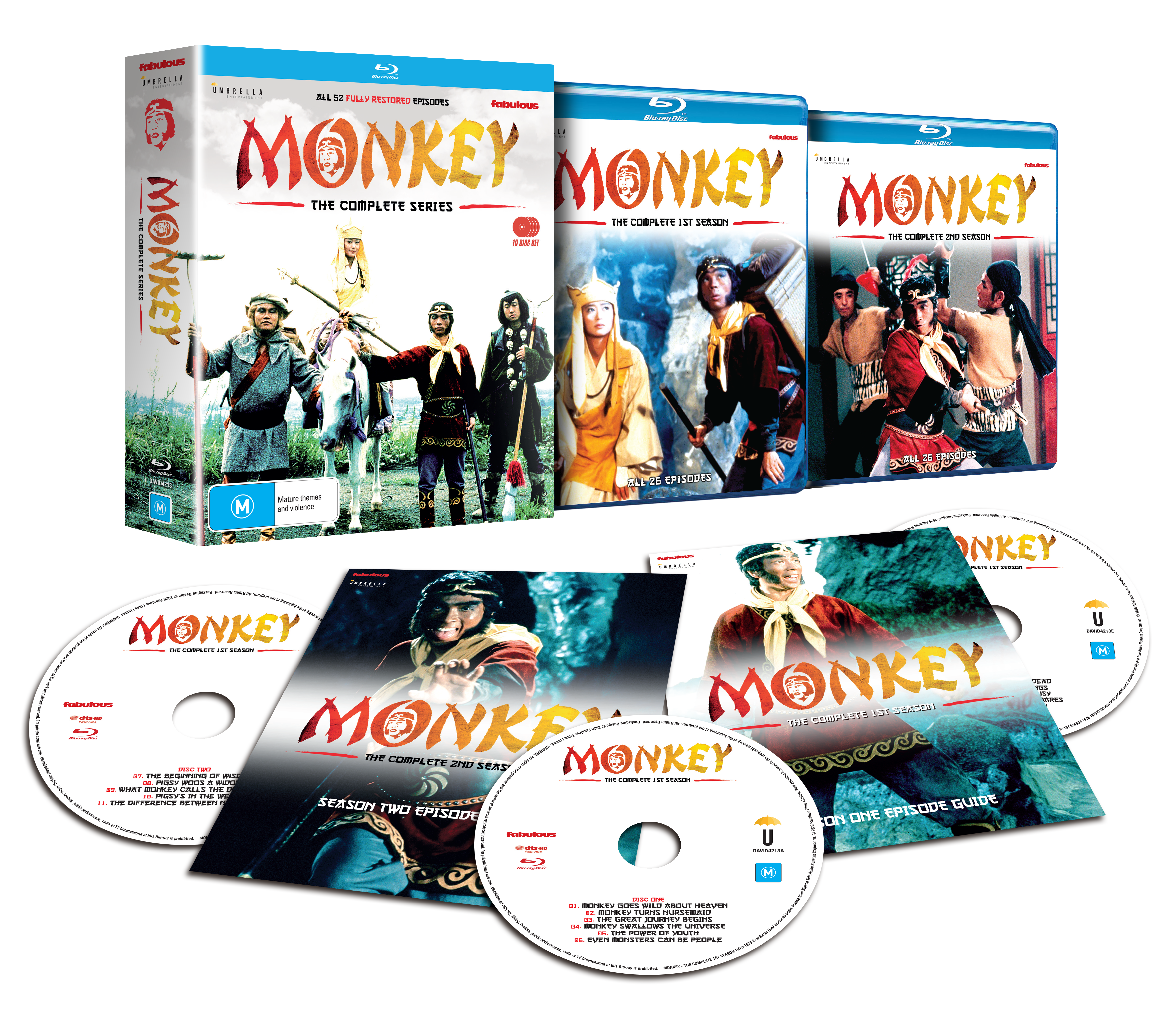 Featuring all 52 Episodes including the ‘Lost’ 13 Episodes that were never-aired on the ABC, spread across a 10 Disc Set and with 2 Episode Guides broken up by Season 1 & 2. Also included as a downloadable extra are PDF scans of all the 39 original BBC dubbing scripts and for the more adventurous out there we have it on good authority there may be an Easter Egg worth hunting for too!

MONKEY – THE COMPLETE SERIES is headed to Blu-ray & DVD from October 7th but you can pre-order now! 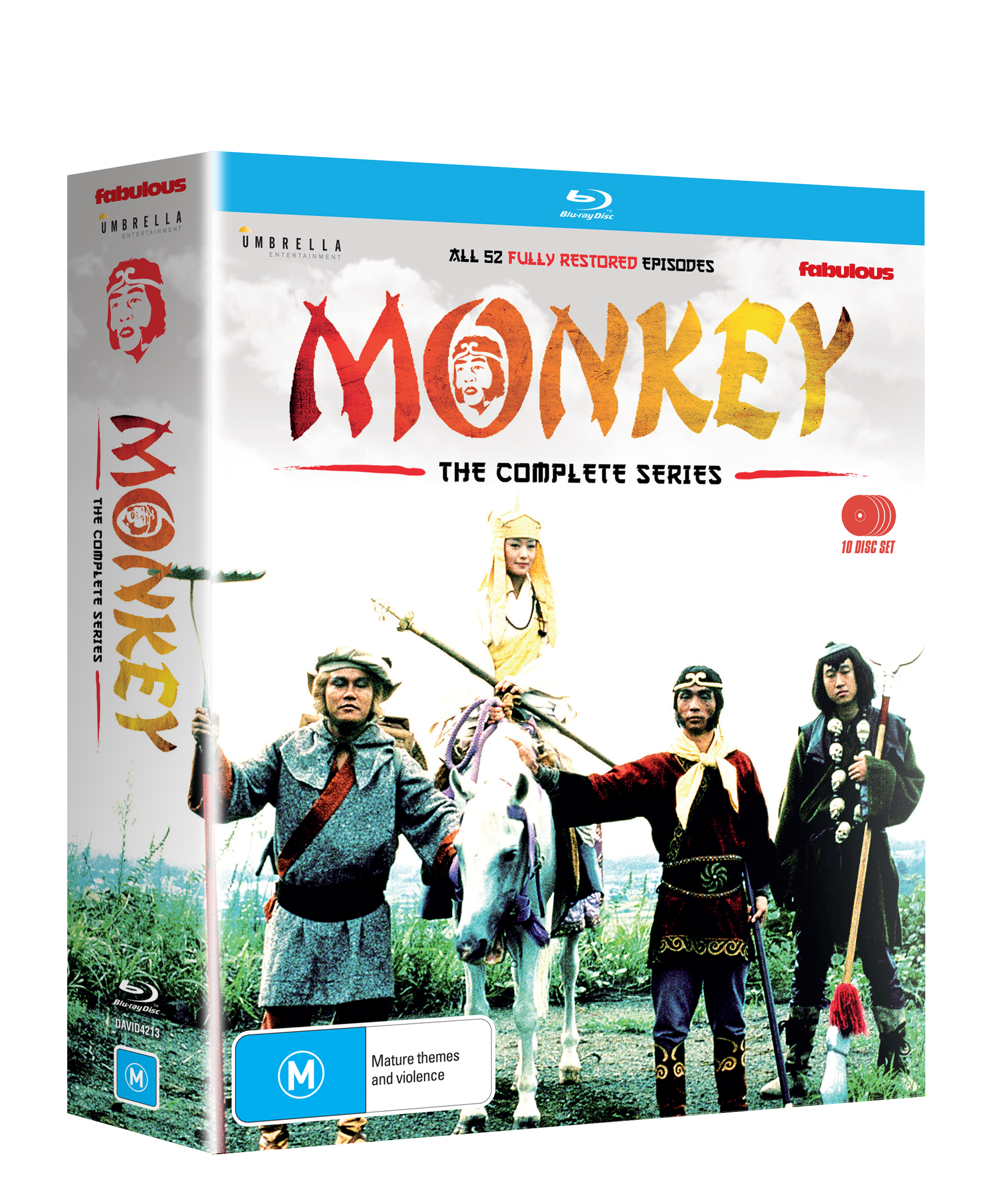