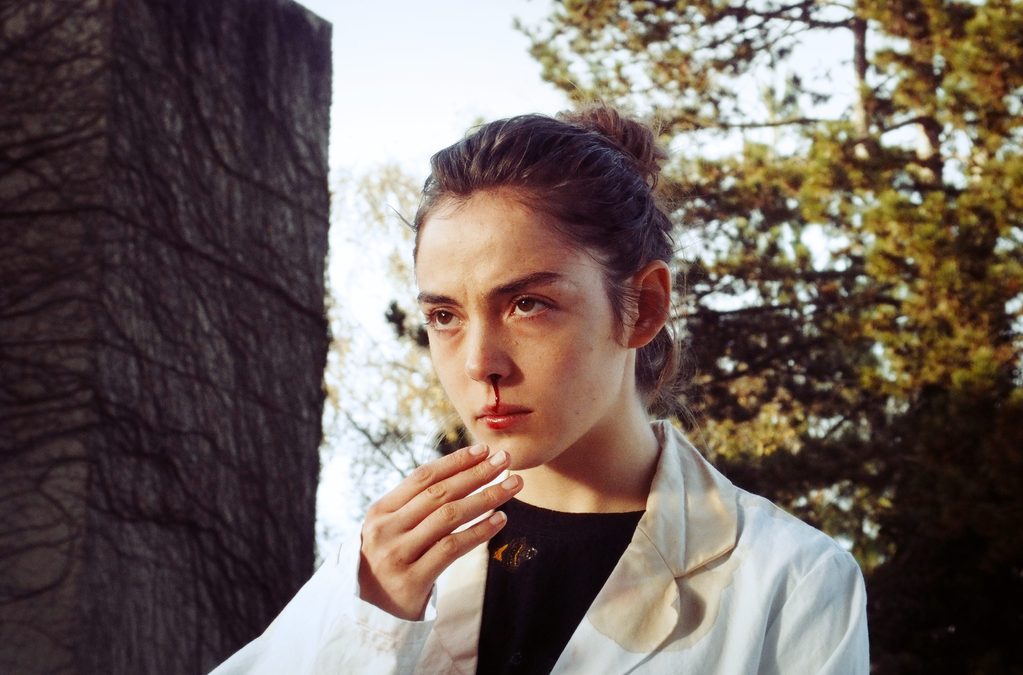 RAW made its World Premiere in Critics Week at the Cannes Film Festival earlier this year where it was awarded the coveted FIPRESCI Award, and was lauded by critics and fans alike as the genre sensation of the festival.

RAW is the debut feature of French director Julia Ducournau, and tells the story of a young vegetarian who discovers her dark side when she is forced to participate in a carnivorous hazing ritual on her first day at Veterinary school. It’s a coming-of-age tale with a cannibal theme that’ll appeal to genre buffs and cinephiles alike, provided they have strong stomachs!

Earlier this week RAW held its international premiere at the Toronto International Film Festival and created headlines around the globe when paramedics were called to the cinema to treat three audience members who fainted during its ‘Midnight Madness’ screening.

Monster Pictures is the Australian license holder of RAW and has its release set for March 2017.

Neil Foley, Monster Pictures’ Head of Acquisitions and Executive Producer of Monster Fest, says of RAW “This is absolutely one of the greatest genre films I’ve seen in my time at Monster, it references many of the masters, from Argento to Carpenter to Cronenberg, but remains a completely unique and fresh take on the genre. It’s simultaneously harrowing and beautiful, and is probably our most exciting acquisition to date.”

The critical response to the film thus far has been full of praise, and includes the following:

“…the assured storytelling and direction, including some of the goriest makeup effects this side of Rob Zombie, turn Raw into the kind of crossover film that takes the horror genre into another domain” – Hollywood Reporter

“Raw is a deliciously fevered stew of nightmare fuel that hangs together with a breezily confident sense of superior craft.” – Variety

“Genre buffs and fests will gobble it up, and this prime cut should be the plat du jour on cult theatrical menus worldwide… All in all, a classily savorous fright tartare.” – Screen Daily

RAW will Open Monster Fest on November 24 and will be followed by the Opening Night Gala. Tickets will go on sale over the coming weeks and will be announced via the Monster Fest website and associated social media.

Monster Fest is also pleased to announce its second themed sidebar, ‘Frequencies’, which is focused on genre narratives made for or about the small screen. The Frequencies section will be headlined by the World Premiere launch of the new Headpress book, ARE YOU IN THE HOUSE ALONE? A TV MOVIE COMPENDIUM 1964-1999, edited by American television scholar Amanda Reyes who will appear at the festival on a clip-and-tell panel about the history of television movies, with the book’s contributors Lee Gambin, John Harrison and stuntwoman Marneen Fields, followed by a screening of Buzz Kulik’s 1974 telefright, BAD RONALD and co-presented by Melbourne film society Cinemaniacs.

The section will also include the Australian Premiere of Jackson Stewart’s BEYOND THE GATES starring Graham Skipper (THE MIND’S EYE) and Chase Williamson (JOHN DIES AT THE END) as two brothers who find that their father’s disappearance may be connected to a sinister VHS board game. The premiere is presented by Umbrella Entertainment and will be accompanied by a NIGHTMARE VHS Board Game Party in association with Toronto’s Black Museum.

This year’s Monster Symposium series of multimedia lectures also expands on this broadcasting theme with presentations including Jodi McAlister’s DIERDRE HALL IS THE DEVIL about occultism on daytime soaps, Andrew Nette on the long-unavailable Australian horror anthology show THE EVIL TOUCH, Alexandra Heller-Nicholas on Stephen Volk’s influential and hysteria-inducing pseudo-doc GHOSTWATCH, Kier-La Janisse on Nigel Kneale’s prescient 1968 teleplay THE YEAR OF THE SEX OLYMPICS and Andrew Nette and Dean Brandum on the beloved Crawford crime show HOMICIDE, preceding a special screening of the 1964 episode “Witch Hunt”.

Founded in 2011, Monster Fest is a mix of Premieres, international festival favourites, challenging new discoveries and curated repertory sidebars alongside industry-focused events such as panels and masterclasses with renowned international guests, and a special emphasis on supporting emerging Australian genre film talent through the festival and beyond. Monster Fest is mounted with the support of Screen Australia and Film Victoria.