MONSTER HUNTER To Actually Open In Cinemas In December!

With each and every passing week, news of a major studio film being bumped out of 2020 has become a regular occurance so it gives us a sense of relief to report that Sony Pictures will actually release MONSTER HUNTER to Aussie cinemas this December!

Behind our world, there is another: a world of dangerous and powerful monsters that rule their domain with deadly ferocity. When an unexpected sandstorm transports Captain Artemis (Jovovich) and her unit (Harris, Good, Boneta) to a new world, the soldiers are shocked to discover that this hostile and unknown environment is home to enormous and terrifying monsters immune to their firepower. In their desperate battle for survival, the unit encounters the mysterious Hunter (Jaa), whose unique skills allow him to stay one step ahead of the powerful creatures. As Artemis and Hunter slowly build trust, she discovers that he is part of a team led by the Admiral (Perlman). Facing a danger so great it could threaten to destroy their world, the brave warriors combine their unique abilities to band together for the ultimate showdown. 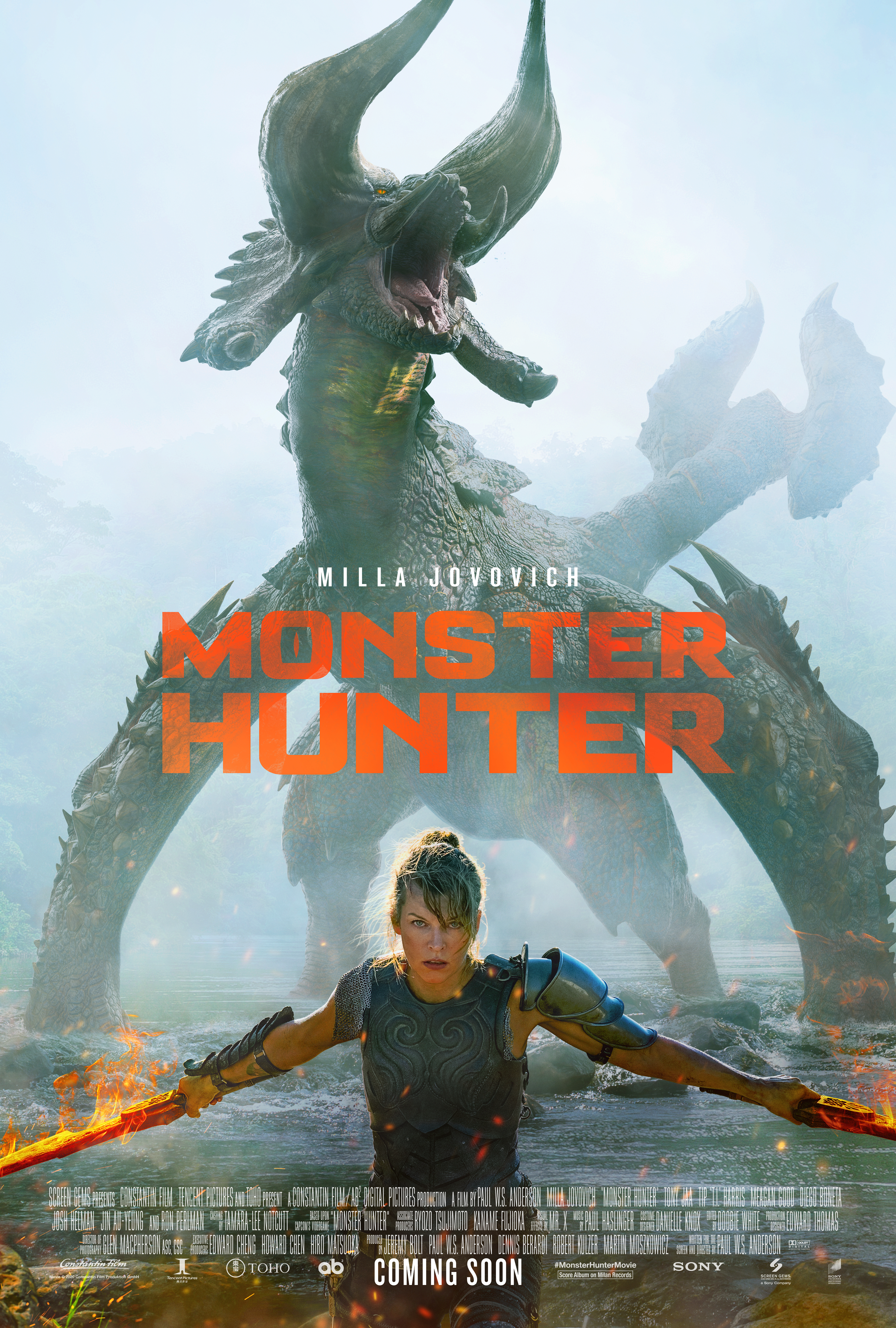