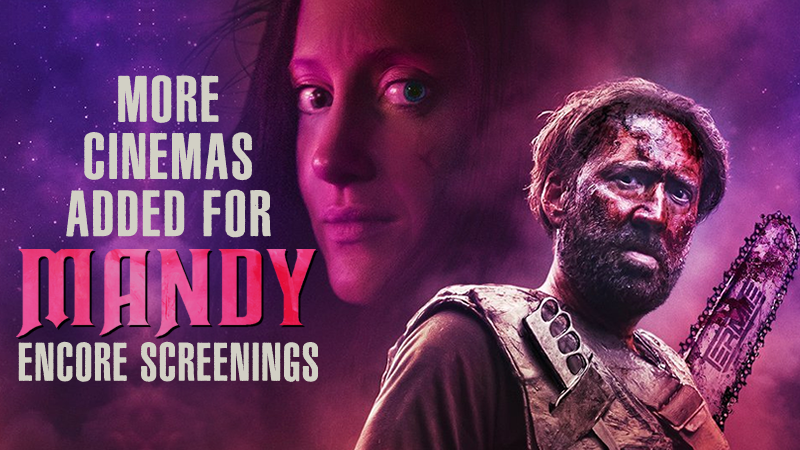 You spoke, we listened and now with the help of our friends at Dendy & Event Cinemas, we are pleased to announce that crazy evil has prevailed with MANDY Encore Screenings for QLD, SA & WA along with additional cinemas added in ACT, NSW & VIC.

Pacific Northwest. 1983 AD. Outsiders Red Miller (Nicolas Cage) and Mandy Bloom (Andrea Riseborough) lead a loving and peaceful existence. When their pine-scented haven is savagely destroyed by a cult led by the sadistic Je-remiah Sand (Linus Roache), Red is catapulted into a phantasmagoric journey filled with bloody vengeance and laced with fire.