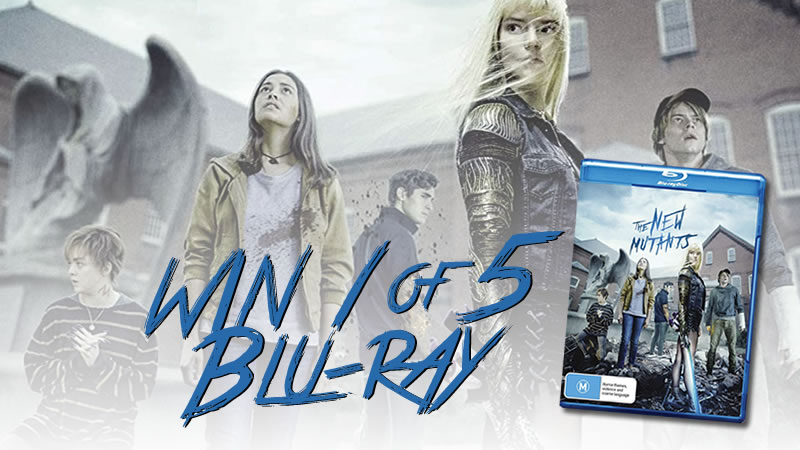 20th Century Fox Studios X-MEN spinoff THE NEW MUTANTS has just landed on home entertainment and in a feature-packed edition at that!

Both 4K Ultra HD & Blu-ray releases are loaded with Special Features that include an Audio Commentary, Featurettes, Deleted Scenes & Trailers!

In association with Marvel Entertainment, 20th Century Studios’ THE NEW MUTANTS is an original horror thriller set in an isolated hospital where a group of young mutants are being held for psychiatric monitoring. When strange occurrences begin to take place, both their new mutant abilities and their friendships will be tested as they battle to try and make it out alive.

THE NEW MUTANTS is directed by Josh Boone (THE FAULT IN OUR STARS) and stars Maisie Williams (GAME OF THRONES), Anya Taylor-Joy (THE QUEEN’S GAMBIT) and Charlie Heaton (STRANGER THINGS).

Thanks to 20th Century Studios we have 5 Blu-ray copies of THE NEW MUTANTS to GIVEAWAY!

Entry details and conditions:
Competition closes at 11:59pm AEDT Sunday December 13th, 2020.
Open only to folks residing in Australia.
One entry per person.
Winners will be notified in the comments.
This is a game of creativity and skill.
Our Privacy Policy can be found here.

THE NEW MUTANTS is out now on 4K Ultra HD, Blu-ray, DVD & Digital.