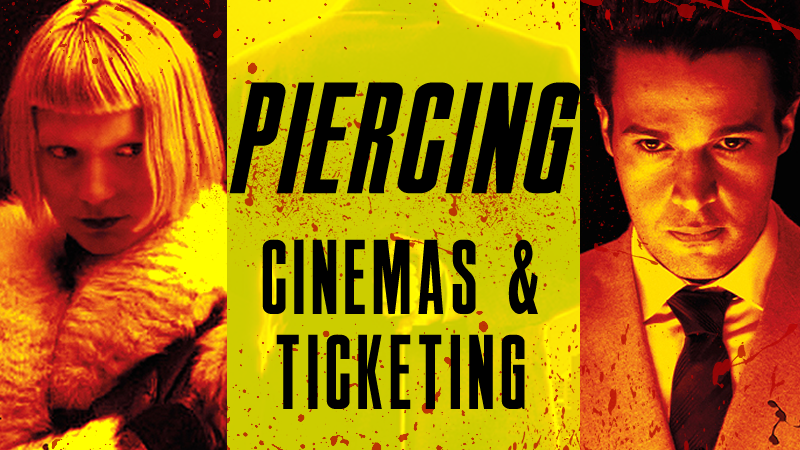 PIERCING, the sophomore feature from Nicolas Pesce (THE EYES OF MY MOTHER) is now playing in the select cinemas across Australia.

About the film:
Reed (Christopher Abbott) kisses his wife and baby goodbye, seemingly headed away on business. But instead of clothes, he’s packed a murder kit. He’s planned everything meticulously: he’ll check into a hotel, call an escort service, and kill an unsuspecting prostitute. Only then will he rid himself of his murderous urges. But Reed’s plan could not account for Jackie (Mia Wasikowska), the alluring and mysterious call girl who arrives at his room. When an unexpected incident occurs, Reed and Jackie find themselves in a pulsating game of cat-and-mouse. Has he been found out? Is this all just some strange game? Or are they falling in love? As the night progresses, Reed starts to lose control. Before the night is over, a feverish nightmare will unfold, and the pair will seal their bond in blood. 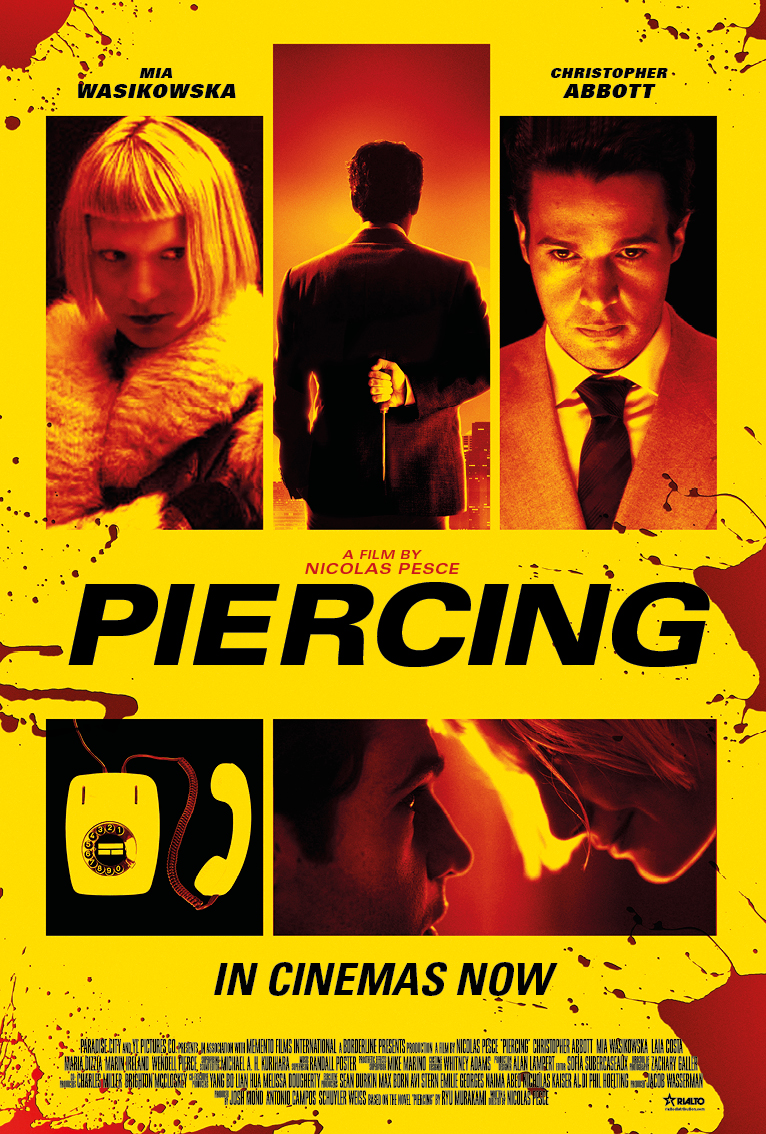