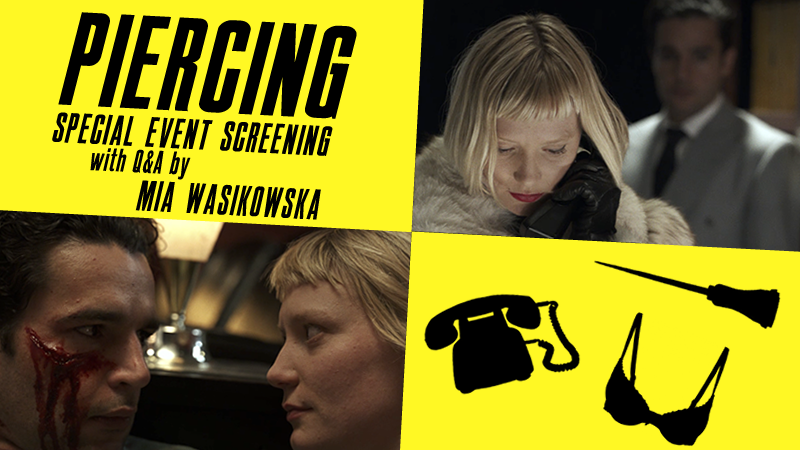 We are pleased to announce that Monster Fest Presents in association with Rialto Distribution will host a Special Event Screening of PIERCING with Q&A by actress Mia Wasikowska (CRIMSON PEAK, MAPS TO THE STARS) hosted by Simon Foster (Screen-Space, Monster Fest 2018 judge)  on Thursday January 10th at Dendy Cinemas Newtown.

PIERCING is the sophomore feature from Nicolas Pesce, the writer/director of 2016 festival favourite THE EYES OF MY MOTHER and is based on a novel by  Ryû Murakami, author of AUDITION, on which the Takashi Miike film was based.