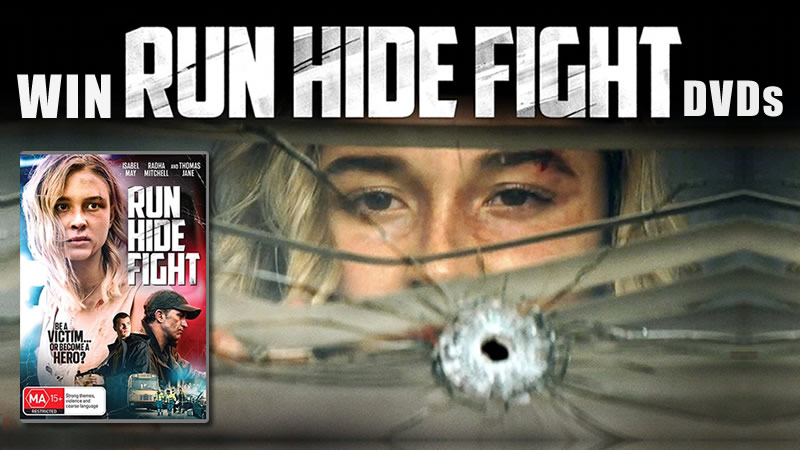 Zoe Hull (Isabel May, LET’S SCARE JULIE) is facing high school graduation while still reeling from her mother’s death. In her spare time, she goes hunting with her ex-special forces father and hangs out with her friends. But a regular day at school is about to turn deadly. Four armed assailants crash into the cafeteria with a van, killing several students and taking everyone else hostage in a siege of Vernon Central High. Now, Zoe finds herself in the middle of the chaos…and in the unenviable position of being the one person on the inside with the courage and the skills who could fight back. 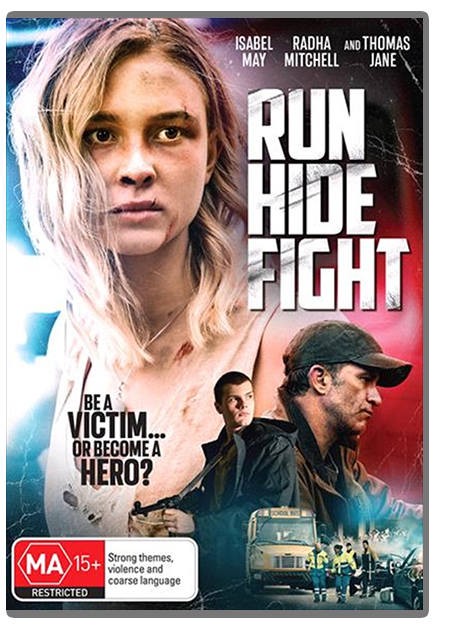 For your chance to WIN 1 of 3 RUN HIDE FIGHT on DVD, all you need do is LIKE our Facebook Post and COMMENT with a favourite film of yours that caused a good deal of controversy at the time of its release.

Entry details and conditions:
Competition closes at 11:59pm AEST Sunday 23rd May 2021.
Open only to folks residing in Australia.
One entry per person.
Winners will be notified in the comments.
This is a game of creativity and skill.
Our Privacy Policy can be found here.