Commissioned by the Lutheran Society back in 1973, THE AMUSEMENT PARK was envisioned as an educational film about elder abuse and ageism but after filmmaker George A. Romero turned over the 52 minute feature they deemed it too disturbing to release.

Subsequently it remained unreleased and with the original 16mm elements believed lost, it seemed that THE AMUSEMENT PARK would never see the light of day until IndieCollect is association with the George A. Romero Foundation began an extensive 4K restoration of the film with the only known three existing release prints.

From June 8, SHUDDER subscribers will be able to see THE AMUSEMENT PARK, the lost work of George A. Romero.

Described by George’s widow Suzanne Desrocher-Romero as “not a horror film in the traditional sense, this recruitment film is disturbing in its depiction of societal indifference to aging. Even though it’s early in his career, it’s a fascinating look at the footprint of Romero’s cinematic style.”

Walton Cook, the writer of THE AMUSEMENT PARK claims “George Romero’s ‘Amusement Park’ fulfills it’s goal to alert any audience to the many trials and challenges of growing older. Increasing life-expectancy, fostered by the growth of science and technology, has also increased national debt and made the term ‘unsustainable,’ a frightening description of both Social Security and Medicare. After forty-five years, the film creatively challenges us all to preserve a brighter future.”

THE AMUSEMENT PARK concerns follows an elderly gentleman goes for what he assumes will be an ordinary day at the amusement park, only to find himself in the middle of a hellish nightmare instead. 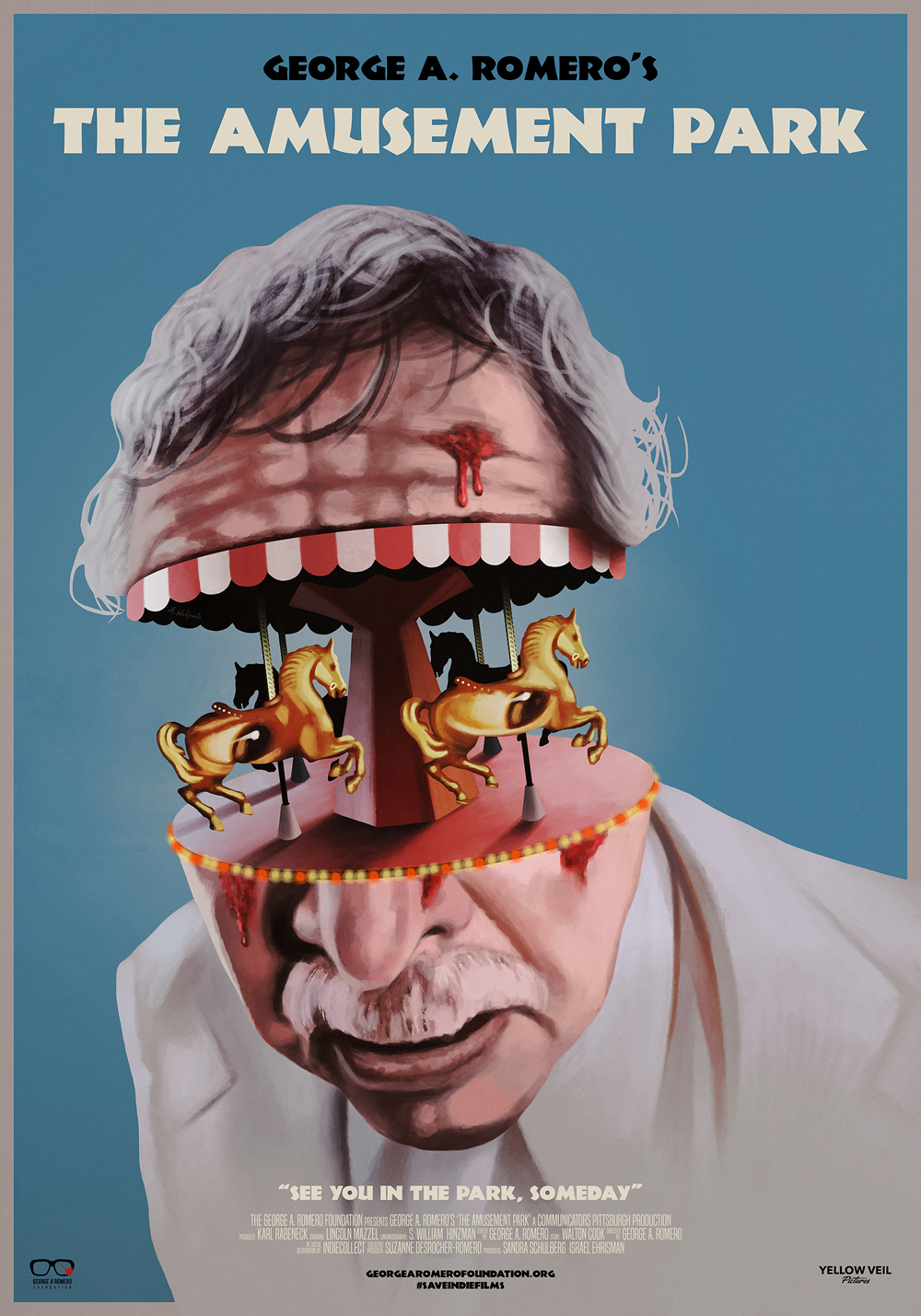 THE AMUSEMENT PARK on SHUDDER June 8