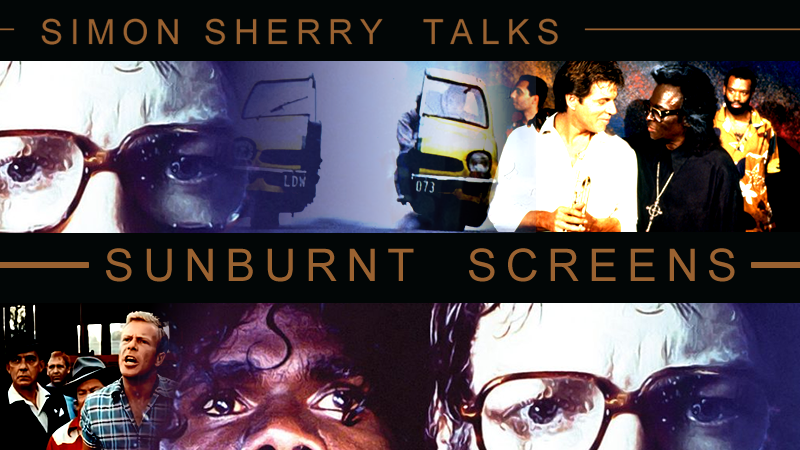 Many would know Simon Sherry as the artist behind some of the most iconic artwork to grace the covers of Aussie home entertainment releases over the past six years (RE-ANIMATOR – Check, NIGHT OF THE LIVING DEAD 1990 – Check, THE BLOB 1988 – Check), however few realise that this year he’s moved into the role of Head of Production at Umbrella Entertainment. 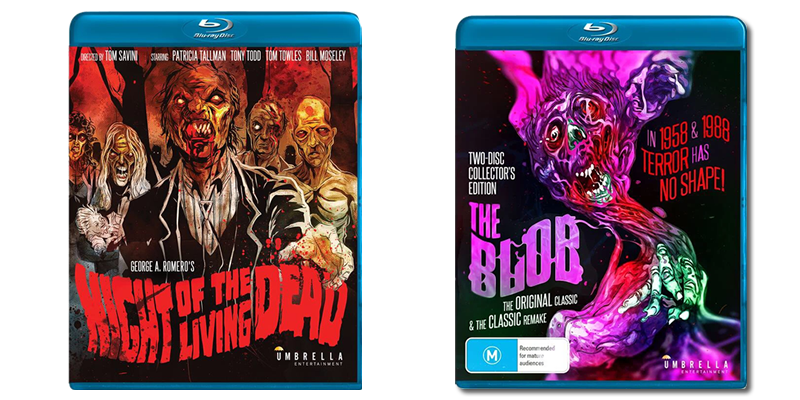 Simon’s THE MAN when it comes to that final product you’re holding in your hands in a JB Hi-Fi, Sanity etc. store, from commissioning artwork/extras to managing mastering, replication and literally every aspect of a Blu-ray or DVD disc’s production. Along with Company Director Jeff Harrison and Head of Sales & Acquisitions Ari Harrison, Simon’s been a key player in getting the new Umbrella sub-label Sunburnt Screens on its feet and into stores.

Peter Weir’s THE LAST WAVE is the inaugural release for Sunburnt Screens, released earlier this month, this first-time to Blu-ray title not only features a stunning 4K restoration but also a bounty of all-new special feature content. In fact THE LAST WAVE is such an incredible launch title, one could be inclined to think it an impossible task to better it with future Sunburnt Screens releases.

We caught up with Simon to talk Sunburnt Screens, plied him with compliments and got him to spill the beans on some future releases!

MONSTER FEST: What led to establishing the sub-label Sunburnt Screens and what will the label represent for Umbrella Entertainment?

SIMON SHERRY: The main impetus behind the Sunburnt Screens label is to spotlight those Australian films that we believe left their mark on the cultural landscape here and abroad, and was born out of the restoration work we’ve been doing on many titles, THE LAST WAVE being a key one of them. We’re quite proud of the work we’ve been putting into these films and felt that they deserved their own premium presentation format, so developing a specific sub-label with its own distinct look and feel was key. We want collectors to feel the effort that we’re putting into these titles from the moment they pick them up from the shelf.

While the Ozploitation Classics line focuses on a particular time and subset of genres in our film industry, Sunburnt Screens casts a wider net to include classics along with more contemporary titles that we feel deserve extra attention. Of the films that we were restoring, THE LAST WAVE felt like the perfect candidate to kick things off given the calibre of the talent involved and the themes around cultural clash, the consequences of Australia’s colonial past, and environmental collapse make it feel more relevant today than ever.

Beyond the blu-ray sub label, we’re also working to bring these restored titles to festivals (such as the recent MIFF screening of Rolf De Heer’s DINGO) and to VOD platforms worldwide so that we can extend their reach and offer people the opportunity to experience them theatrically whenever possible. On the whole, we want fans of Australian film to know that we’re putting significant effort into this work, and the Sunburnt Screens label is a key part of demonstrating that. 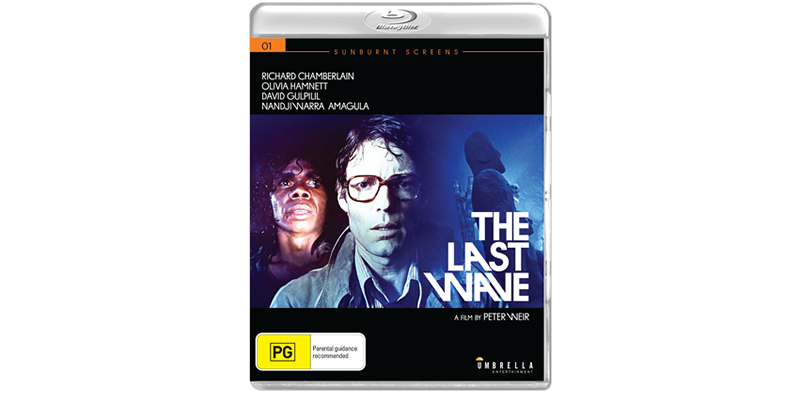 MF: With THE LAST WAVE as the inaugural release, can you take us through the process of bringing the film to Blu-ray?

SS: As far as the restoration goes, the key part of the process is determining what materials are out there to work from – In this case, the internegative was the source for the scan, which was held in the National Film and Sound Archive (NFSA). We then work closely with Roar Digital in Melbourne who scanned the film in 4K and performed the necessary grading, clean up and restoration. Once the film is ready to go, it’s authored for the blu-ray.

At the same time as this is happening, we’re also working on planning and production of extras – in some cases there’s already material out there that we can sub-license, but we’re always looking beyond that to producing special features that can bolster the film further and give collectors more to chew on. In this case, we were fortunate to be able to interview Richard Chamberlain himself along with Producer Jim McElroy and Cinematographer Russell Boyd – who has worked extensively with Peter Weir over the years – and they all provided some great insight into the film’s production and its reception. We also included a segment from a 1980 documentary on David Gulpilil called ‘WALKABOUT TO HOLLYWOOD’ that offers a great window into his life at the time when he had Walkabout, Storm Boy, Mad Dog Morgan and THE LAST WAVE all playing in the US simultaneously. We’re currently working on a general release of this documentary next year so stay tuned for more news closer to its release.

MF: How did you go about creating the Special Feature content for THE LAST WAVE in the midst of a pandemic?

SS: It was a challenge, especially given the various states of lockdown or restrictions we were contending with. But fortunately we were able to get both Russell and Jim at a time when things had eased up enough in Sydney to allow for face-to-face interviews. With Richard being in Hawaii it was more of a challenge, but thankfully the prevalence of Zoom in these times meant there was a recordable video conferencing tool available that was both simple to use and people had become comfortable with. On top of being able to interview Richard from home, it also meant we could engage the services of veteran film critic and broadcaster Paul Harris (who’s podcast ‘Fimbuffs Forecast’ is well worth diving into) to conduct it. And, to be honest, given the subject matter and apocalyptic tone of the film there’s something eerily appropriate in having one of the stars interviewed via the tools available during a global pandemic.

MF: Can we anticipate any further additions to the Sunburnt Screens line before the year is out?

SS: The Last Wave will be the only Sunburnt Screens title released before the end of the year, but we’ll be following it up in January with the blu-ray debut of SUNDAY TOO FAR AWAY, starring Jack Thomson. Aside from featuring the NFSA restoration of the film, we’re lining up some great extras to accompany it. Beyond that, expect to see Rolf De Heer’s DINGO (featuring the 4K restoration that recently premiered at MIFF online this year) and new restorations of Nadia Tass’ MALCOLM and THE BIG STEEL and Igor Auzins’ WE OF THE NEVER NEVER. As with THE LAST WAVE, we’re also working on extras to accompany these all-new restorations, and you can expect to hear more announcements on that front closer to release.

Expect more announcements of other titles we’re working in the coming months – I suspect that based on the commentary we’ve seen around out initial announcements that people will be pretty excited. 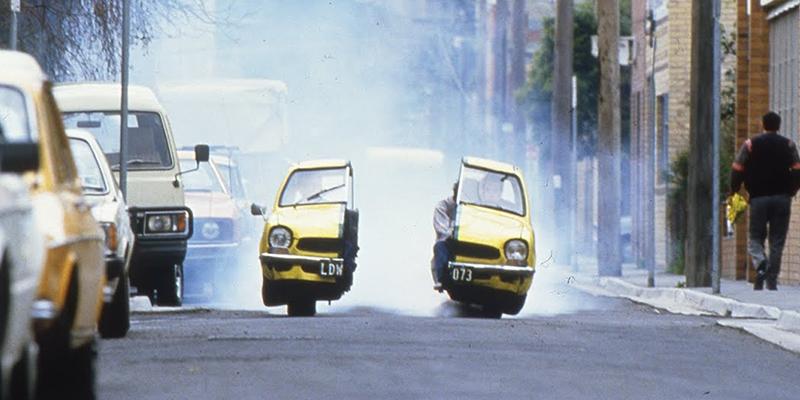 \MF: It’s been some time between releases but we understand that the Beyond Genres line may be making a return?

SS: It has, and I’m happy to say that plans are in the works for a return of Beyond Genres in the new year, although we can’t release details yet. Personally I’m pretty excited about being able to bring the range back out of hibernation, and I’m pretty proud of the titles we’ve released through it so far. Hopefully we’ll be able to make some announcements on that front later in the year as well.

Outside of BG, one title we can announce will be the blu-ray debut of THE ADVENTURES OF BARRY MCKENZIE in January as part of a refresh of the Ozploitation Classics range, and we’re pretty confident that the punters are going to enjoy the finished product. Again, there’s some other titles in the works on that front, and some restoration work going on that will definitely get people’s attention. 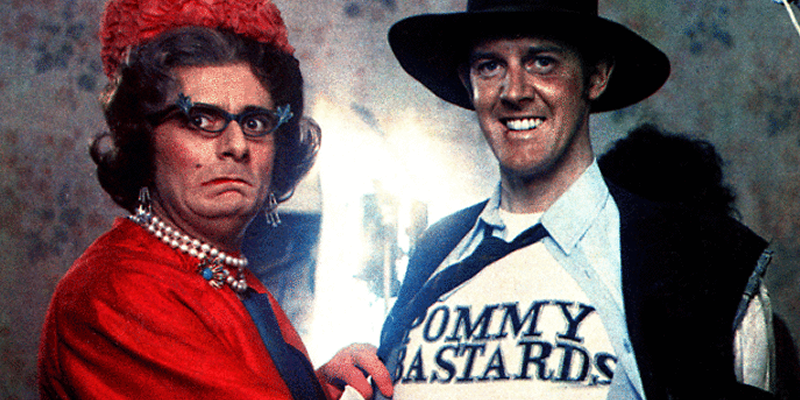 THE LAST WAVE is now available on Blu-ray in stores and direct from Umbrella Entertainment!