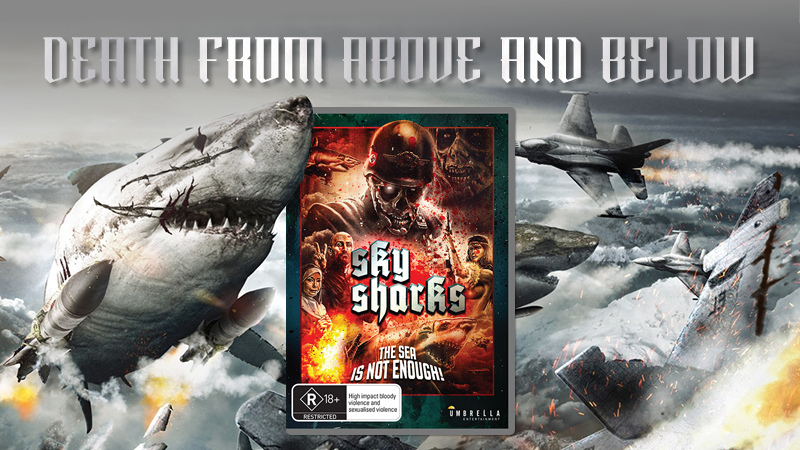 It’s been a long time coming but Marc Fehse‘s highly anticipated SKY SHARKS is heading to DVD & VOD locally this December courtesy of Umbrella Entertainment ahead of most other international territories.

In the Arctic, a team of geologists discover a Nazi warship that was thought to be lost: the Himmelsfaust, a gigantic steel colossus from the Third Reich, brimming with unimaginable destruction machines. On that ship, scientists researched top secret, war-critical weapons and created the Reichsflughaie: rocket-powered monsters whose pilots are genetically mutated, supernaturally endowed super-soldiers with supernatural powers.
Dr. Klaus Richter, the spiritual forefather of this experiment, is forced to stop his deadly army of the undead in order to save humanity and the planet Earth from the seemingly certain doom. 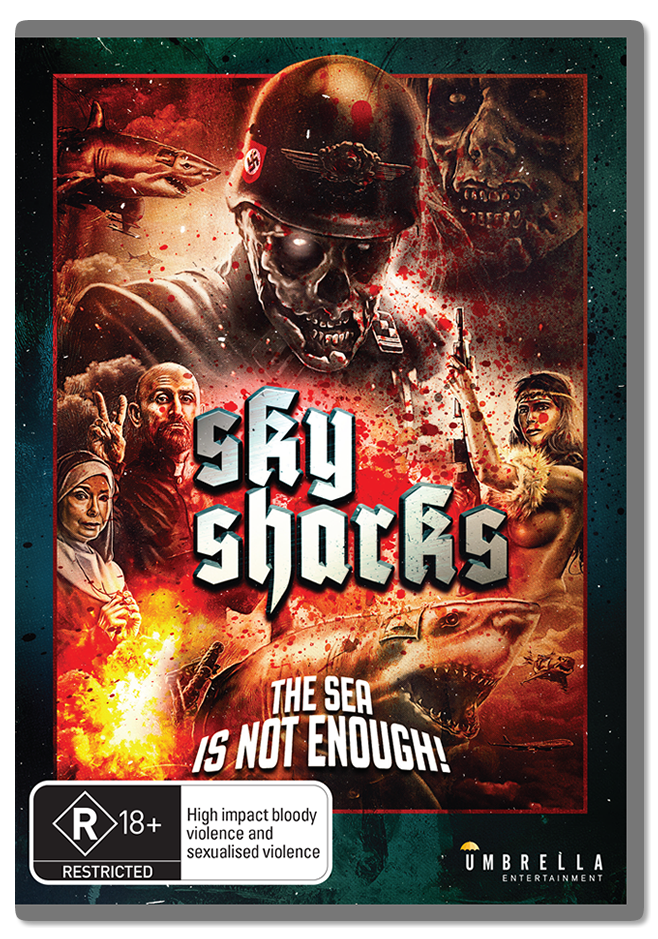 SKY SHARKS had its World Premiere back in August at London’s FRIGHT FEST and has since played Sitges International Fantastic Film Festival in Spain ahead of its Australian debut on home entertainment on December 2nd.

You can pre-order SKY SHARKS now on DVD & VOD via the Umbrella Entertainment website.