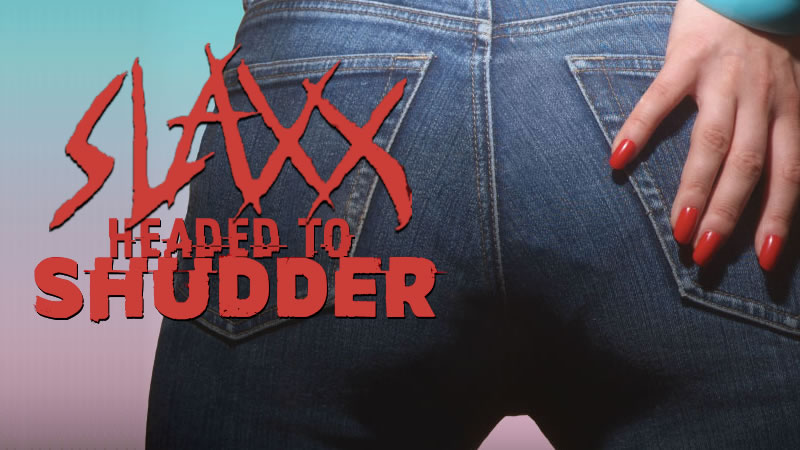 Attack Of The Killer Jeans With Shudder’s SLAXX This March!

Killer inanimate objects are nothing new in cinema, who can forget the legendary CHRISTINE or the infamous KILLER CONDOM and in this last decade there’s been somewhat of renaissance of such with the killer tyre movie RUBBER, the killer dress movie IN FABRIC and now the killer pair of jeans movie SLAXX, headed to Shudder this March.

A possessed pair of jeans is brought to life to punish the unscrupulous practices of a trendy clothing company. Shipped to the company’s flagship store, SLAXX proceeds to wreak carnage on staff locked in overnight to set up the new collection. Starring Romane Denis (SLUT IN A GOOD WAY), Brett Donahue (PRIVATE EYES), Sehar Bhojani (THE HANDMAID’S TALE) and Stephen Bogaert (THE UMBRELLA ACADEMY).