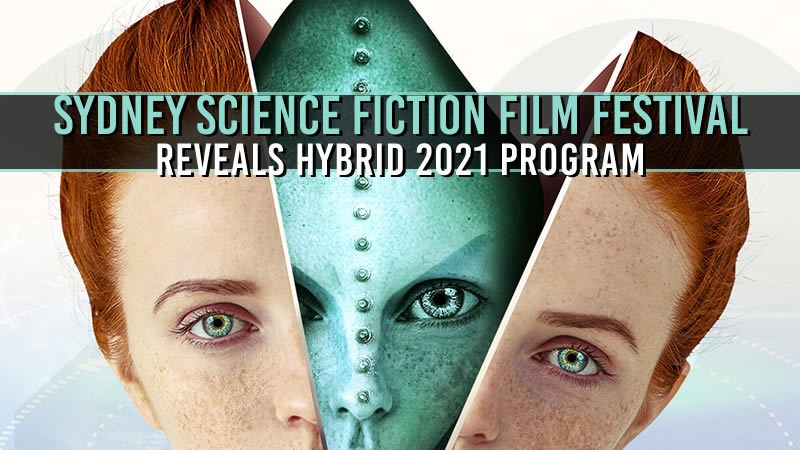 Sydney Science Fiction Film Festival (SSFFF) is offering both a virtual and physical incarnation of their festival this year, allowing audiences from all around Australia an opportunity to check out their 2021 programming.

Feature programming playing both in-cinema and online includes Carlson Young’s debut feature, THE BLAZING WORLD, a fantastical journey into an ‘Alice in Wonderland’-like netherworld filled with dark secrets and vivid imagery, this cult-film-in-the-making has been compared with DONNIE DARKO, MANDY and PAN’S LABYRINTH and stars Dermot Mulroney, Vinessa Shaw and an unhinged Udo Kier, opposite the director in the lead role.

Also in the line-up are Kelsey Egan’s chilling pandemic-themed drama GLASSHOUSE and as well as VERA DE VERDAD, the Chilean/Italian co-production from director Beniamino Catena; Gerald Rasionato’s dinosaur comedy/thriller CLAW; and, closing the physical festival, Samuel Gay’s Brisbane-shot fantasy/rom-com A GUIDE TO DATING AT THE END OF THE WORLD.

Sydney-siders, will be able to enjoy the in-cinema experience from November 11 – 14 when SSFFF returns to the Actors Centre Australia in Leichhardt for its second annual live event.

For programming and tickets visit the official SSFFF site.