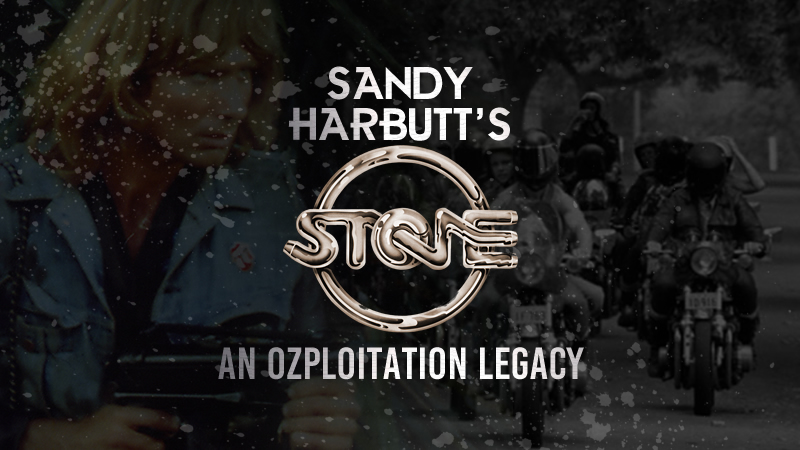 Despite having only directed the one film in his career, Sandy Harbutt remains a revered figure in the Australian film industry. Harbutt’s 1974 feature STONE was a box-office hit, in fact it’s one of the most profitable films in the history of Australian cinema. A clear inspiration for George Miller’s MAD MAX, which granted Miller international recognition, STONE’s gritty and realistic representation of “bikies” is what made it such an accessible film for many Australian motorcyclists.

While Miller has had an expansive film career following MAD MAX, Harbutt tragically failed to make a sophomore feature due to financing difficulties. While never explicitly expressing bitterness, it’s clear in other interviews with Harbutt that he felt this disparity of cinematic accomplishment. 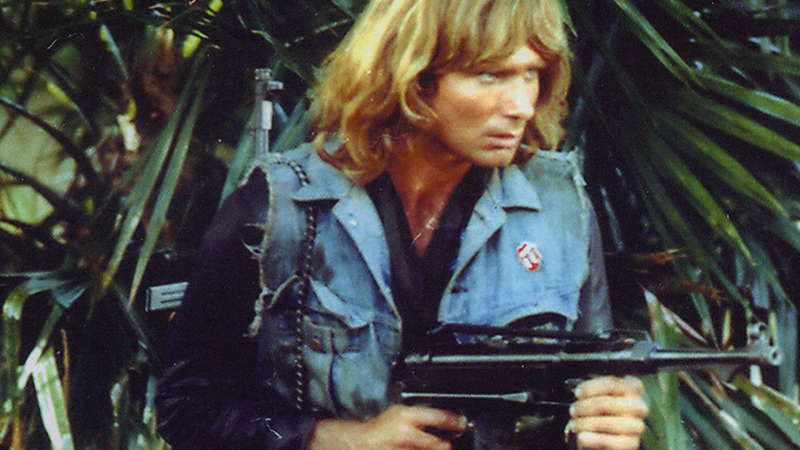 Mark Hartley, project manager and executive producer of Umbrella Entertainment’s Ozploitation Classics release of STONE, and director of the documentary NOT QUITE HOLLYWOOD, hypothesised that Sandy “might have felt that George got all the kudos, where [Sandy] went there first.”

“MAD MAX made a splash all around the world and elevated George Miller [who] is considered one of the greatest filmmakers of the twentieth century now when it comes to genre cinema” Hartley states. “Sandy is a very heroic figure in the Australian film industry [but] also a very tragic figure in the way that he only made one film. Stone is his legacy. When he saw George and these other directors making film after film after film, I’m sure that was pretty crushing for him.”

A fundamental reason for Harbutt’s lack of funding, according to Hartley, was that “he didn’t play safe”. Hartley claims that STONE’s producer, David Hannay, admitted in an interview for NOT QUITE HOLLYWOOD that Sandy “scared people” – including funding bodies. 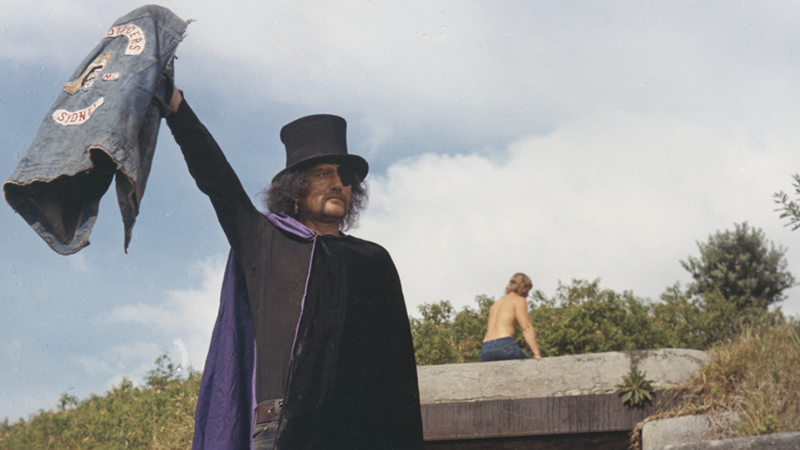 “You have to play safe with those people if you want to get your films made” Hartley clarifies. “And Sandy obviously didn’t play safe. He might not have had the temperament to [deal] with the way films needed to be financed back then, post-STONE.”

“He was a biker himself” Ward explains. “He rode in the film itself and [was] very aggressive towards his actors [because] a lot of the actors were inexperienced. They were bikers; they weren’t even actors. Sandy was like a sergeant major, or even worse than that, and ruled the hell out of them!”

But it’s arguably this intensity and passion that made STONE the film it is. Hartley reflects on a NOT QUITE HOLLYWOOD interview with Quentin Tarantino, who was a fan of STONE’s “realistic and legit” nature. 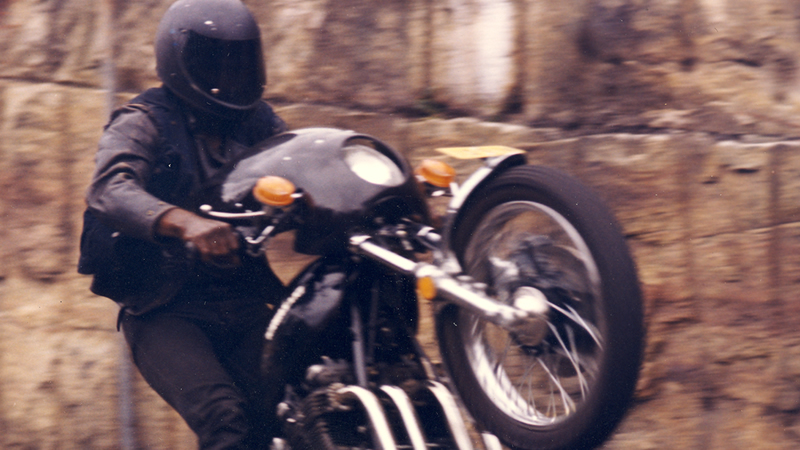 “He’s a big fan of STONE” Hartley says of Tarantino. “He certainly was impressed by the very dour and low-key ending. He cites it as being the most honest and realistic ending in any biker film ever.”

Harbutt’s gritty and realistic storytelling stems from his own connections to Hell’s Angels, who provided consultation and production assistance. Some of its members even acted in the film.

From production to release, STONE is a film tailored to a distinct audience: namely young men who ride motorcycles, and those with bikie affiliations. It’s a film that caters to this niche group, rather than film critics. When queried on how it made such a big cultural splash despite being a critical “flop”, Hartley says that “it didn’t have to speak to critics – it spoke to an audience, and that was the most important thing.”

“That’s the great thing about STONE” Hartley continues. “The American motorcycle movies, which the AIP [American International Pictures] were turning out and playing at drive-ins, didn’t really speak to bikies. Bikies thought that they were entertaining, but they didn’t really think that they [could tell] their stories. Whereas Stone really did. Even today, it still speaks to members of motorcycle culture across Australia. They feel a real affinity [towards] it because it seems like a genuine article.”

Ward confirms that STONE spoke to its audience, particularly young men, in a way that other films at the time didn’t.

“[STONE] was a bit of an eye-opener for the young guys that were looking for entertainment,” he recalls. “We went to the movies more than they do now [and] were influenced by movies. Consequently, all the young guys said oh, there’s a biker movie on! Everyone was into bikes those days, and off they went.”

STONE’s influence on Australian genre and Ozploitation films is clear. It’s for this reason that Hartley, with Umbrella Entertainment, has strived to preserve the film.

“That was the main reason I got involved [in Umbrella’s Ozploitation Classics label],” Hartley says. “To help keep Sandy’s vision alive and to make sure [STONE] and Sandy both have a legacy that still really holds up when you put it into your Blu-ray player.”

Ward emphasises STONE’s impact on the Australian cinematic landscape, stating “there never was a film like that made, and there hasn’t been since.”