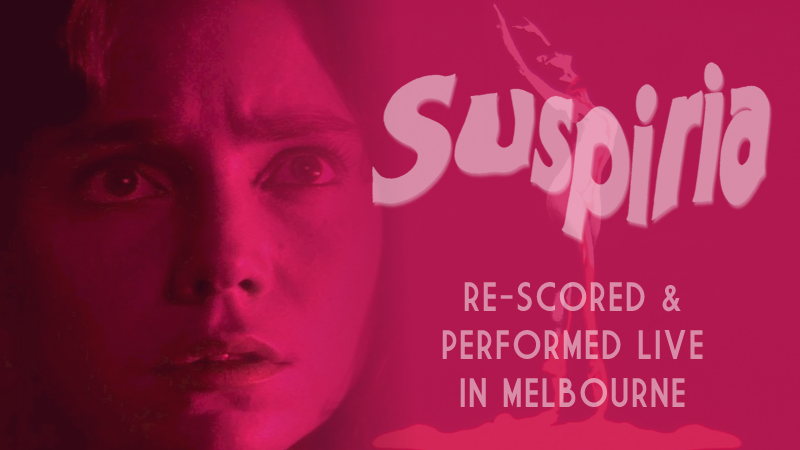 Dario Argento‘s seminal 1977 classic SUSPIRIA will be re-scored and performed live in Melbourne with two performances on March 1st.

Unanimously regarded by fans and critics alike as one of the best horror films ever made, SUSPIRIA (1977) was once described by John Carpenter as like “being inside of a painting”. A pivotal moment in horror cinema that dispensed the shackles of Hollywood realism and bore to the screen one of cinema’s greatest sensory experiences – a vivid, immersive film defined by it’s intoxicating celluloid technicolour visuals and Luciano Tovoli’s mind-warping cinematography.

For the first time ever, audiences will have the chance to experience SUSPIRIA with a live new score incorporating elements of experimental electronics, baroque classical compositions and psychedelic rock to create a hallucinatory experience matched only by the film itself.

Tickets are on sale now!