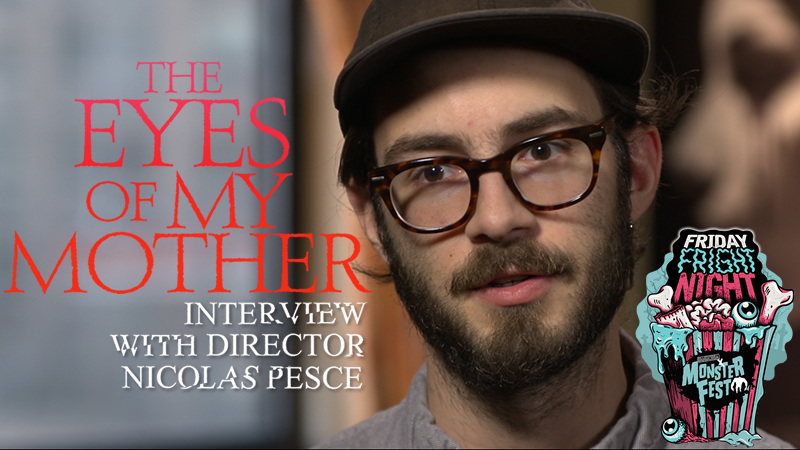 Filmmaker Nicolas Pesce Discusses THE EYES OF MY MOTHER!

In the lead-up to this week’s FRIDAY FRIGHT NIGHT, we’ve dug deep into the Monster archives, right back to 2017 when we unleashed THE EYES OF MY MOTHER to home entertainment, to bring you this interview with writer/director Nicolas Pesce (PIERCING, THE GRUDGE) where he discusses his debut feature THE EYES OF MY MOTHER.

Shot in mesmeric black and white, THE EYES OF MY MOTHER bucks traditional horror tropes to create what could be considered a new style of American Gothic. Magnificently horrific Nicolas Pesce’s debut feature is a deliciously gorgeous nightmare that simultaneously seduces and abhors.

Catch THE EYES OF MY MOTHER this FRIDAY FRIGHT NIGHT from 9PM AEST via the Monster Fest Facebook Page with an exclusive introduction from actress Kika Magalhães and accompanied by the 2018 MONSTER FEST award-winner FEAST ON THE YOUNG, from filmmaker & VCA graduate Katia Mancuso.

For more details on the upcoming screening click here!