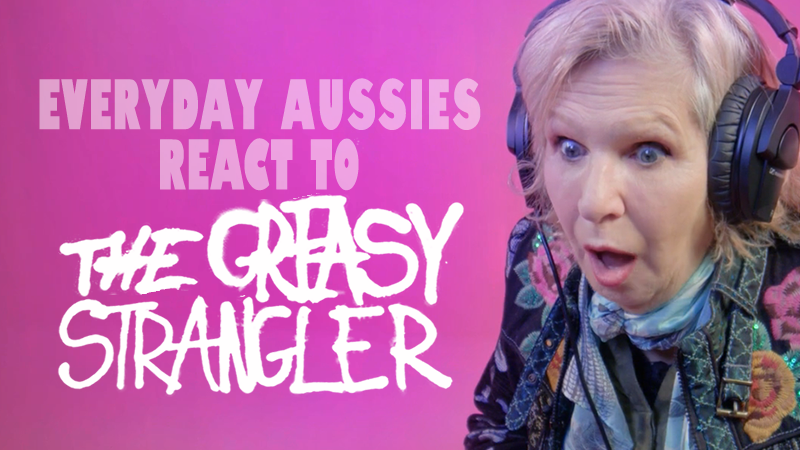 Back in 2016, ahead of the Australian Premiere of THE GREASY STRANGLER, we invited a group of everyday Aussies to watch the film and give us their thoughts as it played…

THE GREASY STRANGLER is the story of Big Ronnie (Michael St. Michaels), a man who runs a disco walking tour of LA with his son, Big Brayden (Sky Elobar). When a sassy young thing named Janet (Elizabeth De Razzo) appears one day on their tour, it sets off a fierce rivalry between father and son for her affections – it also brings about the appearance of an oily, slimy, inhuman maniac who stalks the streets at night, strangling the innocent – a beast known as THE GREASY STRANGLER!

THE GREASY STRANGLER is screening 9pm (AEST) Friday as the first film in our all-new FRIDAY FRIGHT NIGHT program via Facebook Live! What’s more this screening will feature an introduction from Big Brayden himself, actor Sky Elobar!

You can also grab one of our last few copies of the #GreasyDownUnder Deluxe Blu-ray release of THE GREASY STRANGLER via our web-store!