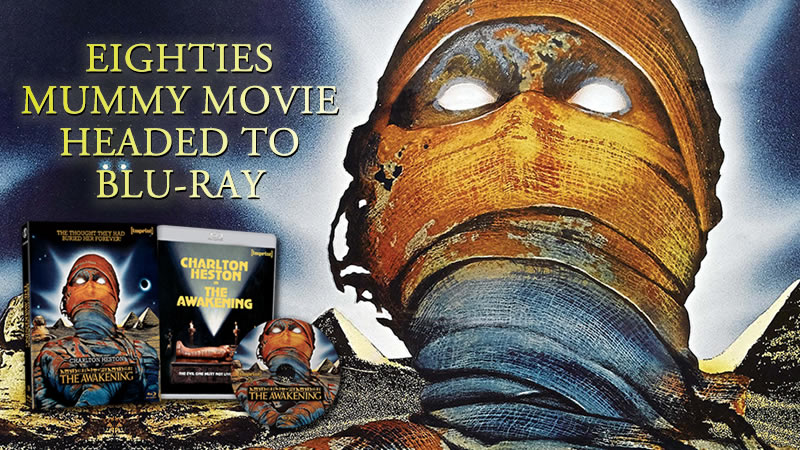 Before THE GUERNSEY LITERARY AND POTATO PEEL PIE SOCIETY and even FOUR WEDDINGS AND A FUNERAL, British filmmaker Mike Newell helmed the 1980 mummy movie classic THE AWAKENING, based off Bram Stoker’s novel THE JEWEL OF SEVEN STARS.

Headlined by a-listers Charlton Heston (PLANET OF THE APES) and Susannah York (SUPERMAN), THE AWAKENING follows an archeologist who discovers his daughter is possessed by the spirit of an Egyptian queen.

On July 21, Via Vision’s boutique label Imprint Films will release a limited edition Blu-ray of Newell’s highly underrated film, complete with a new 2K Restoration and a healthy amount of extra content that’s exclusive to this edition. 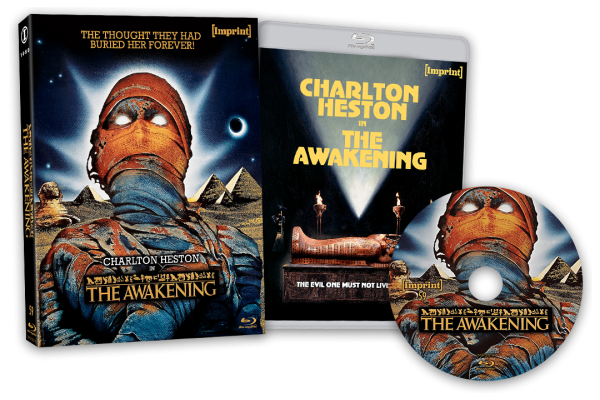 An archaeologist is in Egypt with his pregnant wife searching for the tomb of Queen Kara. As he opens its cursed seal, his wife gives birth. Later it transpires that Kara’s evil spirit left the tomb and possessed the baby. Now a teenager, she’s caused several deaths and her father must destroy her before it’s too late

THE AWAKENING on Blu-ray July 21