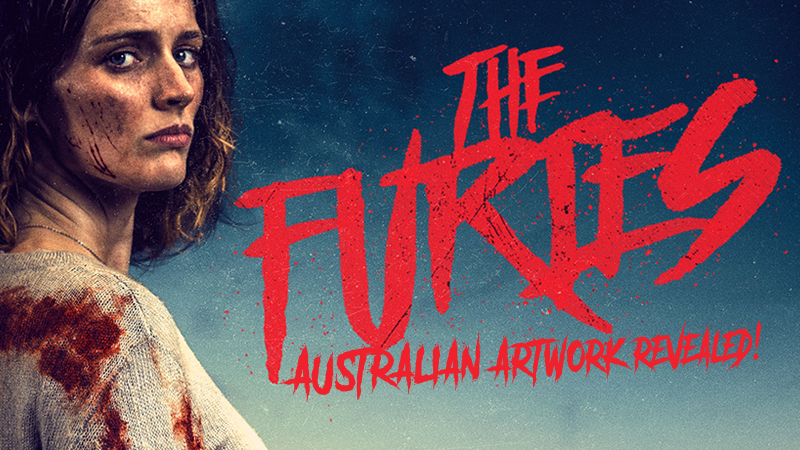 Ahead of our FANGORIA x MONSTER FEST 2019: MONSTER TAKES AUSTRALIA screenings of Tony D’Aquino’s feature debut THE FURIES, we’re pleased to reveal the Australia theatrical artwork for the film!

Following on from its UK premiere at the Edinburgh International Film Festival, THE FURIES will play at FANGORIA x MONSTER FEST 2019: MONSTER TAKES AUSTRALIA in Adelaide, Brisbane, Canberra, Perth & Sydney on Thursday October 31st and you can grab your tickets now!

Rebellious high school students Kayla (Airlie Dodds) and her best friend Maddie (Ebony Vagulans) who find themselves abducted by a sinister presence. Kayla wakes up in a box in the middle of a forest with no idea how she got there, and no idea of Maddie’s whereabouts. She soon realises she is not alone – men in terrifying masks are stalking six other young women in the woods. As the threat of more killers closes in, Kayla races to save as many girls as she can. But when the girls turn on each other, Kayla’s killer instinct is unleashed and she does whatever it takes to survive and seek revenge on her abductors.

THE FURIES will open in Australian cinemas on November 7th.