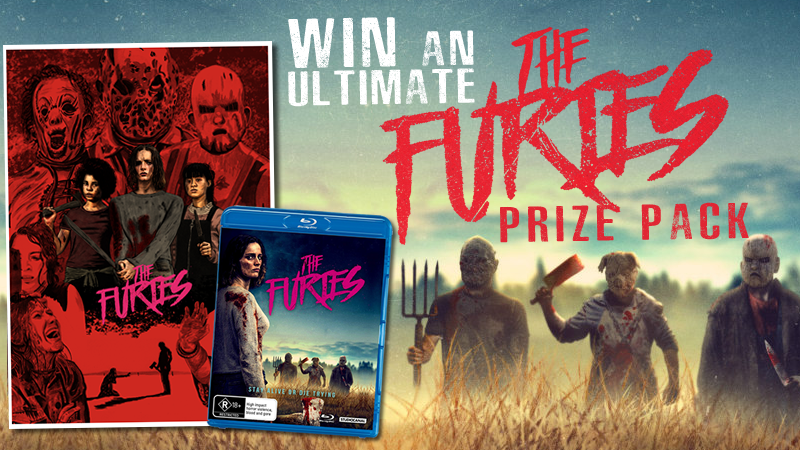 StudioCanal Australia have unleashed the Fangoria x Monster Fest 2019 ‘Best Australian Film’ award-winner THE FURIES to home entertainment this week and to celebrate we’re giving you a chance to WIN an ultimate THE FURIES prize pack!

Subverting the classic tale of THE MOST DANGEROUS GAME into a slick and savage slasher film, THE FURIES follows two friends who find themselves unwilling participants in a game of survive-or-die with a gang of masked killers.

17 year-olds Kayla and Maddie are abducted and dumped in the woods, along with five other girls. When they are attacked by a horde of masked killers, the fragile bonds formed amongst the girls shatter as they fight to survive. It soon becomes clear that each killer has been assigned one girl to protect. If that girl dies, so does the killer. Unwilling players in a deadly game, Kayla and Maddie try to stay alive, but when one is killed, the other turns the tables on her abductors and seeks bloody revenge.

To celebrate the home entertainment release of THE FURIES, we have an Ultimate THE FURIES Prize Pack to GIVEAWAY and two Runner-Up Prizes courtesy of StudioCanal Australia!

The Grand Prize consists of a limited edition illustrated THE FURIES poster print signed by Andrew Rolfe and a Blu-ray. 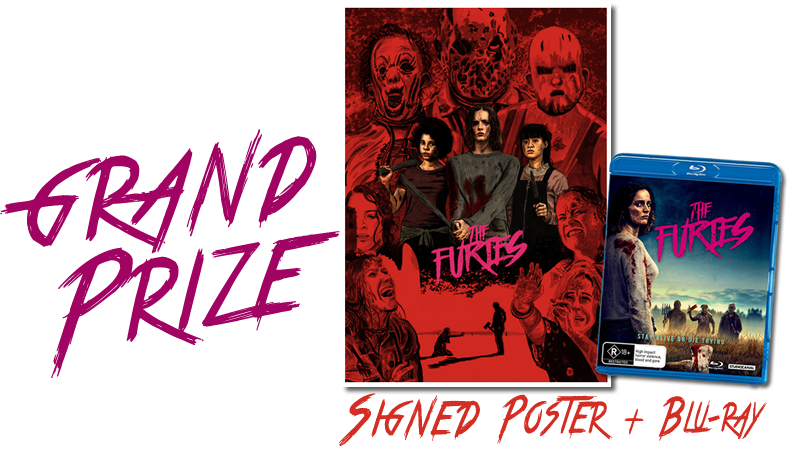 Our two Runner-Up winners will receive a copy of THE FURIES on Blu-ray!

Entry details and conditions:
Competition closes at 11:59pm AEDT Sunday February 23rd 2020.
Open only to folks residing in Australia.
One entry per person.
Winners will be notified in the comments.
This is a game of creativity and skill.
Our Privacy Policy can be found here.

THE FURIES is now available on Blu-ray, DVD & Digital!