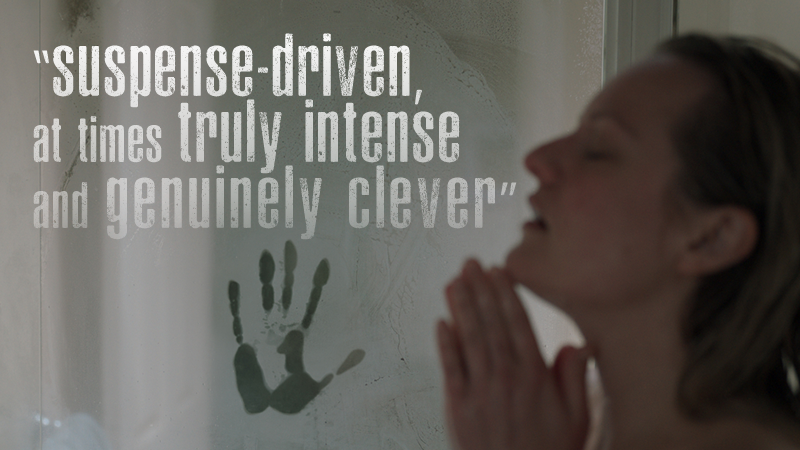 Cecilia Kass (Elisabeth Moss, US), a woman traumatised by an abusive relationship finds the courage to escape the clutches of her violent and domineering boyfriend, Adrian Griffin (Oliver Jackson-Cohen, THE HAUNTING OF HILL HOUSE), a brilliant scientist. Whilst seeking sanctuary in the home of childhood friend, James (Aldis Hodge, STRAIGHT OUTTA COMPTON), she learns of Adrian’s suicide and the subsequent inheritance she is to gain, though governed by some peculiar stipulations. Just as Cecilia is beginning to piece her life back together, a series of strange and somewhat suspicious incidents take place, getting gradually more sinister, leading her to believe that perhaps Adrian is not dead after all and others to question her sanity. 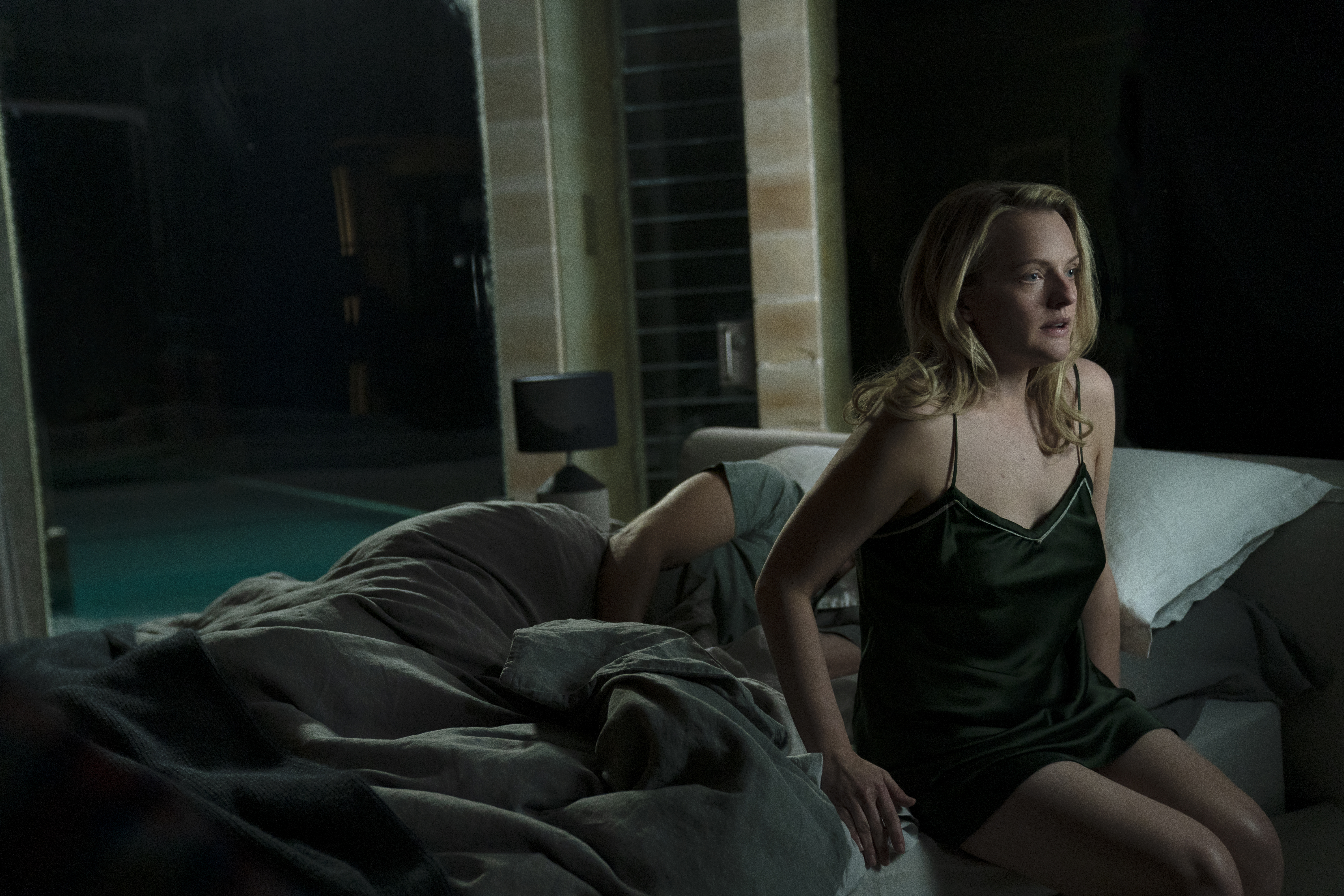 Whannell has crafted a suspense-driven, at times truly intense and genuinely clever take on Wells source material, that reaches far beyond retread to create something rare, a reworking that well and truly stands on its own. Whilst maintaining the essence of the original novel with a scientist experimenting in refractivity, Whannell trades the iconic though somewhat archaic serum for a camouflage-based suit that allows the wearer to seem invisible, similar to the tech used by Quentin Beck/Mysterio in SPIDER-MAN: FAR FROM HOME. In doing the aforementioned, Whannell has introduced the ability for one to choose when they wish to be invisible rather than allow the invention to dictate it and in turn removed the premise that a loss of one’s self-control would turn one mad, as were the case with James Whale’s 1933 Universal Monsters classic. Rather than driven insane, Whannell’s version of the scientist renders him volatile from the very start, as a vicious, controlling and self-appointed God-like figure to Cecilia, as evident from the opening scene to his possible omnipresence throughout the film.

With compassion and criticality to the narrative, Whannell transforms the Adrian character from a mere archetypal villain to an embodiment of societal issues such as gaslighting, mental health and in particular domestic violence, proving that genre cinema is just as vital a means of social commentary as it were in 1956 with Don Seigel’s INVASION OF THE BODY SNATCHERS, which addressed the Cold War anxieties of the time through analogy.

Moss brings a richly textured characterisation to Cecilia, from the nuances of nonverbal expression that can be as subtle as the aghast look in her eyes and a shudder caused from a bump in diegetic sound to broader elements like her astute delivery of dialogue and the intricate subtext behind it. With such an impressive and multifaceted performance, one that will be shamefully ignored by mainstream award ceremonies, Moss has brought a passion and energy to the role that audiences will empathise with as much as they will champion, it’s a genuine triumph. 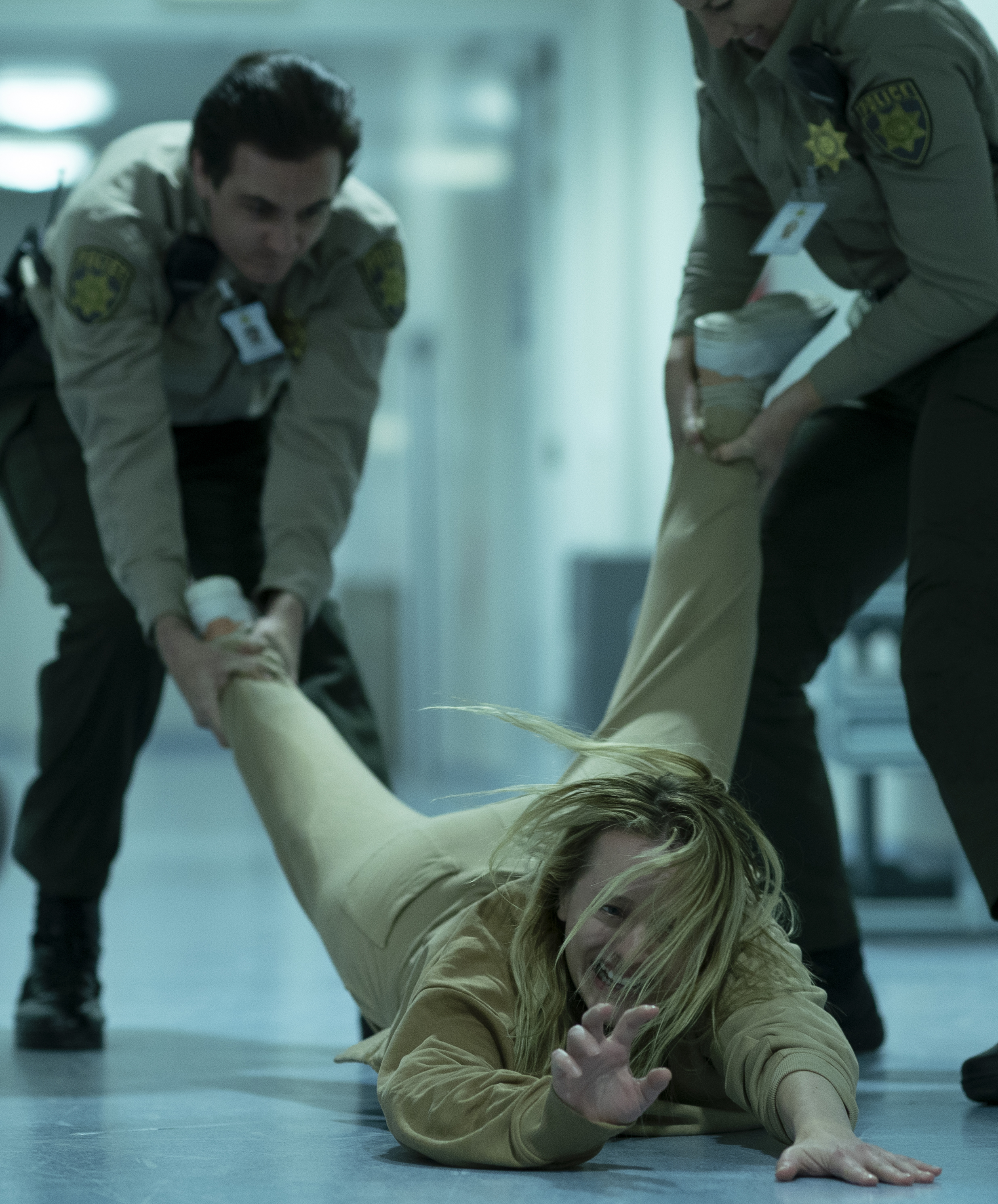 Another standout achievement of THE INVISIBLE MAN is its commitment to optical and practical effects, allowing the augmentation of the CGI to be far more organic and only used when absolutely necessary. In fact it’s the absence of anything visible onscreen that generates the greatest amount of suspense, with the audience as oblivious to where the antagonist is physically as Cecilia herself. It’s not all tease though as when the film hits critical mass, it strikes pay dirt with some legitimately impressive moments of gore courtesy of Dan Oliver (MAD MAX: FURY ROAD) and his team of special makeup effects technicians.

After the failure of Universal Pictures to kickstart their ‘Dark Universe’ in 2017 with Alex Kurtzman’s disastrous and unnecessarily convoluted THE MUMMY, it’s refreshing that a classic Universal Monster has been given due reverence. Whannell’s THE INVISIBLE MAN is genuinely inventive, anxiety-inducing and thoroughly entertaining, quite possibly a modern horror classic in the making.