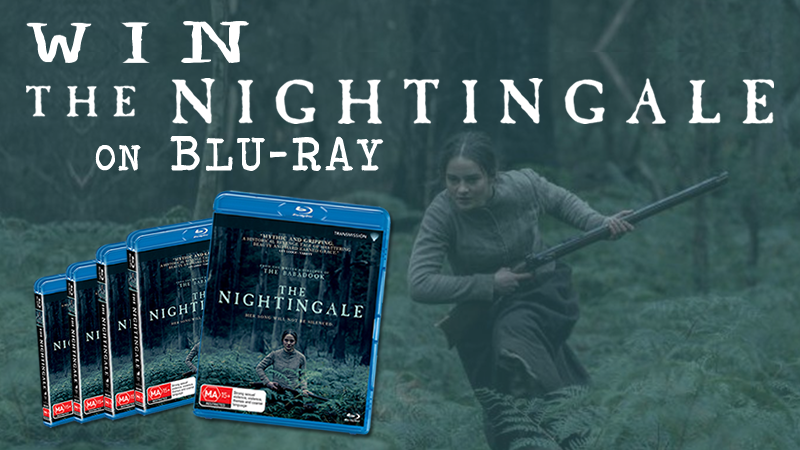 Writer/director Jennifer Kent’s critically acclaimed sophomore feature THE NIGHTINGALE arrives on home entertainment this week and thanks to our friends at Transmission Films, we’ve got Blu-ray prizes to GIVEAWAY!

Set in 1825, Clare (Aisling Franciosi), a young Irish convict woman, chases a British officer through the rugged Tasmanian wilderness, bent on revenge for a terrible act of violence he committed against her family. On the way she enlists the services of an Aboriginal tracker named Billy (Baykali Ganambarr), who is also marked by trauma from his own violence-filled past.

To celebrate the December 4th home entertainment release, we’re giving you the chance to WIN 1 of 5 THE NIGHTINGALE on Blu-ray, courtesy of Transmission Films. 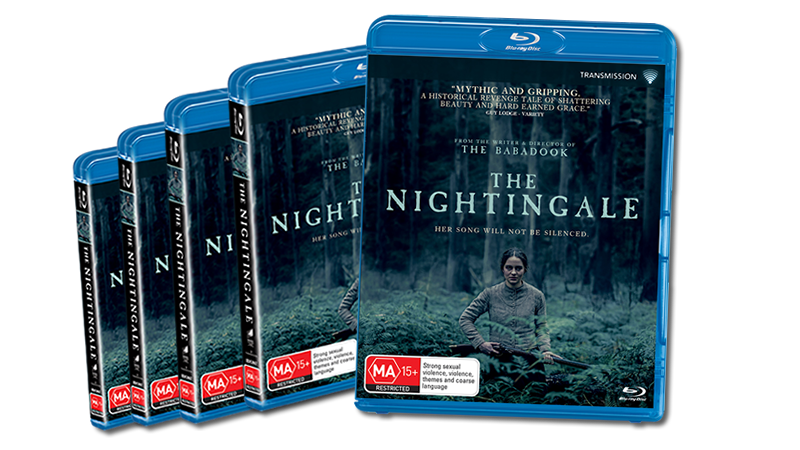 Entry details and conditions:
Competition closes at 11:59 pm AEDT, Sunday December 15th, 2019.
Open only to folks residing in Australia.
One entry per person.
Winners will be notified via Facebook private message and comments if required.
This is a game of creativity and skill.
Our Privacy Policy can be found here.