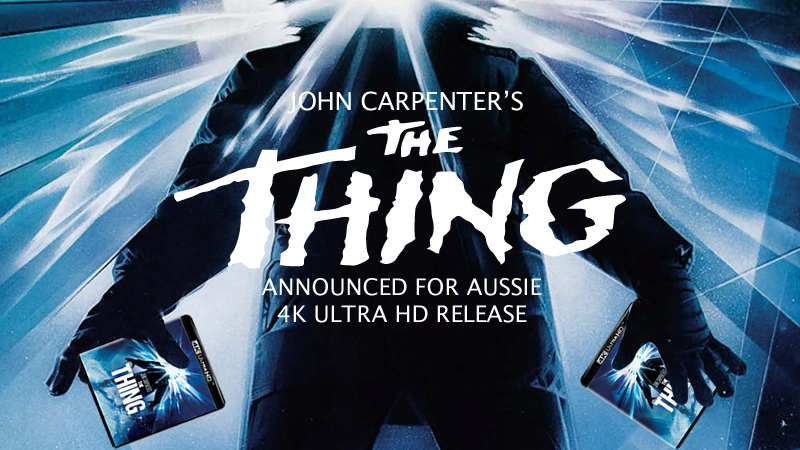 Universal Sony Pictures Home Entertainment have revealed they will be releasing John Carpenter’s THE THING to 4K Ultra HD in Australia on October 27.

Arriving in a 4K Ultra HD + Blu-ray combo pack, fans of this undisputed classic will be pleased to hear that it’ll feature both HDR presentation of the film accompanied by an all-new DTS-X audio track.

In addition to this the release will port over the Universal Pictures legacy features from prior Blu-ray releases. Here’s a breakdown of what to expect…

No artwork to reveal at this time but we imagine it won’t deviate too far from the US release being published by Universal Pictures a month prior in September.

THE THING on 4K UHD/Blu-ray from October 27.