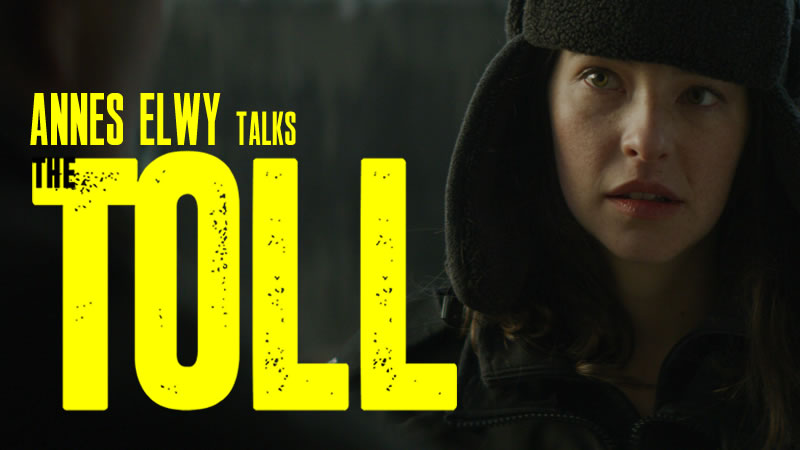 Known for her roles in the television series’ HIDDEN (2019) the BBC adaptation of LITTLE WOMEN (2017), Annes Elwy has solidified herself as a force to watch out for after her recent performance in the witty and gritty new thriller THE TOLL.

Set in small-town western Wales, THE TOLL centres on a toll booth operator whose shady background creates tension between him and the passionate police officer, Catrin, who seeks to oppose him.

Charlotte Daraio chats with Annes Elwy about her role in THE TOLL, her experiences on-set and what we can look forward to seeing her in down the track. 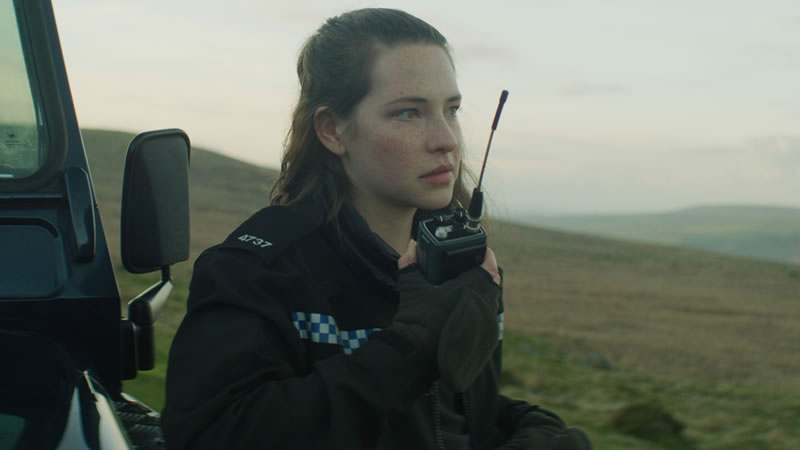 Tell me a bit about your character, Catrin.

That’s why she’s devoted her life to being, whereas everybody else is kind of in their own worlds, doing their own thing. She’s really not that much about herself.

How did you learn about this film, and what attracted you to that role?

It came through my agent – like any other. Usually with an audition, you audition with scenes from the script, whereas Ryan, with this one, wanted me to improvise with the character, talking to my [Catrin’s] late father. Instantly, I [realised] he obviously quite likes to work on acting and wants to see more of me than maybe the script. Just the way he worked was quite intriguing. Once we sort of discussed it more, they wanted to chat about it in person, so we went to the pub down the road to talk about the script. They then told me their influences [were] things like Fargo and another film called The Guard, which is an Irish film that I hadn’t seen – and it’s just the most Irish film you could watch! That’s sort of the thing they wanted to make with this, just that this is very Pembrokeshire-set and it is about a very low-key cop tackling high-drama things.

It was a lovely process.

One thing I found really fascinating about Catrin is her ethics. A lot of her decisions stem from a place of empathy. What would you say fuelled her quite off-brand decision towards the end of the film?

She obviously has conflict because of her father. She’s loyal to her village, but she’s also loyal to her family and to herself. I decided Catrin was a really good person, but Ryan [suggested] that you could take the opposite view [that] she’s done something a bit selfish. But obviously because I sympathise with her, I’ve just taken her side!

Why does it work to have this Western-type film set in Wales?

West Wales is a strange place, where you could imagine things happening. It is relatively sleepy, it can be unassuming and things can just go under the radar. But we do refer to it as the Wild West, anyway. The weather is strange and the people are a bit strange sometimes. I think having a sleepy place is a great canvas for big drama, so I think the Wild West thing really does work well. I liked it a lot.

What was your favourite part of production?

I never worked in a cast so full of comedians! So many of these actors have careers as comedians, which is amazing, and so it was really fun to watch their way of working. [For example] Paul Kaye improvises so much that it was a new challenge for me, because I constantly needed to laugh in a way that I haven’t needed to before. But Catrin isn’t someone who laughs! She’s someone who does her job. That was a really fun challenge.

With the nature of a low-budget film, everybody really likes the project. You know, you all live together, very nearby, so it’s a very community feeling. [But] the weather was atrocious! We kept having floods, kept having to cancel filming. [That also] meant that we had a really sociable time, as well – everybody knows each other so well that it was all easy and fun and playful. I loved doing this film. 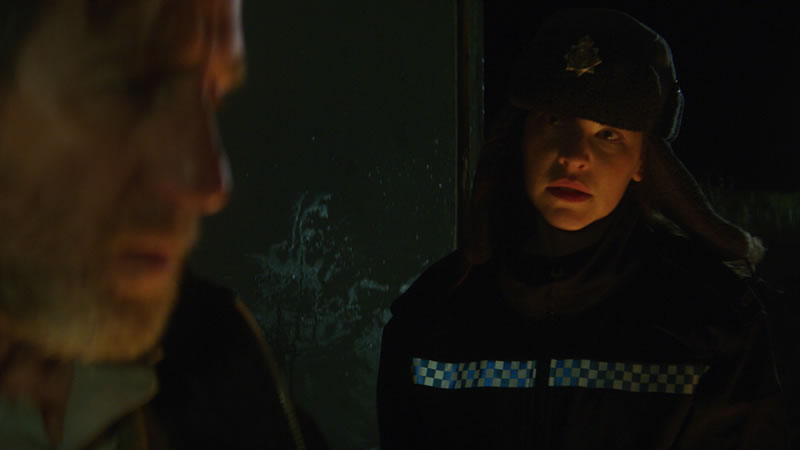 Would you say the bad weather was the worst part of filming?

I wouldn’t say that it was a negative thing for me. I quite enjoyed it! It was a novelty because it was so extreme and provided us with lots of humour.

I don’t know what the worst part was. I guess it was bad when we were in the woods, doing night shoots and we didn’t have real catering vans, or anywhere for us to go and hide, and so we were just out in the cold with an umbrella. That’s annoying, but it added to the experience.

My experiences are probably different, because all the films I’ve done are low-budget films – with TV, not so much. I think films, for me, feel closer to theatre in that you are just all in it together. There’s a bit more artistic licence to it, whereas TV tends to have people overseeing and making calls that they can’t on a film set.

I’ve been really lucky that I love everything. I love all of it.

What’s next on the agenda for you?

I’m auditioning right now. But I’ve got [THE TOLL], and I’ve got another film called THE FEAST that’s also coming out, and another short called SUNLIGHT. So there’s quite a few things bubbling away, I’m just waiting to see what’s next. We’ll see!

THE TOLL is Now Showing in Australian* & New Zealand Cinemas.
*Opens in Melbourne from August 12.