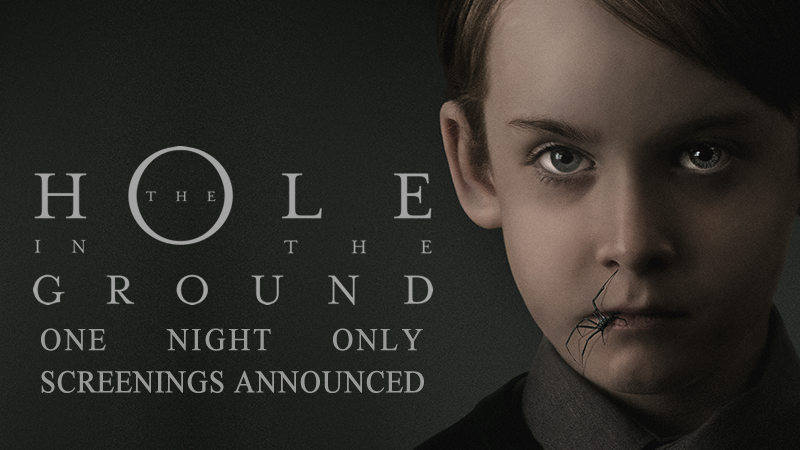 THE HOLE IN THE GROUND One Night Only Screenings Announced!

Monster Fest Presents in association with Rialto Distribution will host One Night Only screenings of THE HOLE IN THE GROUND on Friday April 12th.

Trying to escape a broken past, Sarah O’Neill (Seána Kerslake) is rebuilding her life on the fringes of a backwood rural town with her young son Chris (James Quinn Markey). Following the discovery of a mysterious sinkhole in the vast forest bordering their new home, Sarah must battle to unearth if the disturbing changes that begin to manifest in her little boy are a transformation driven by something more sinister and threatening than her own maternal fears.

Written and directed by first-time feature filmmaker Lee Cronin, THE HOLE IN THE GROUND is a well-crafted and suspense-fuelled horror that distorts the familiar to create a disturbing excursion into fear and paranoia.