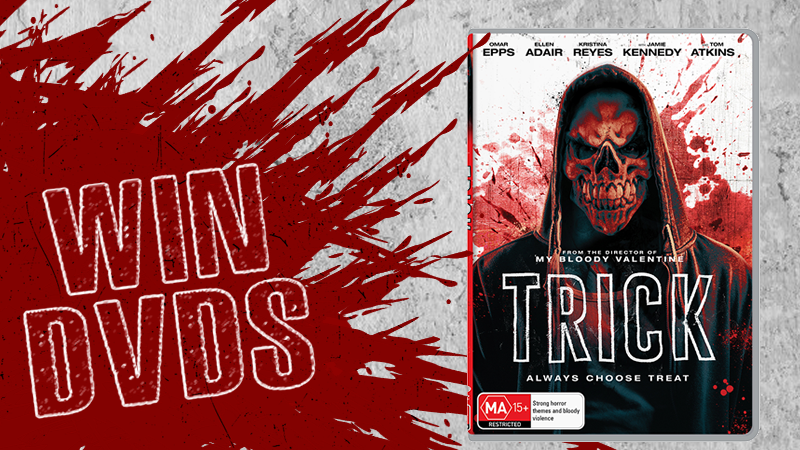 On Halloween night in 2015, Patrick ‘Trick’ Weaver massacred his classmates at a costume party. After being arrested, he managed to escape police custody, but not before being shot five times by Detective Mike Denver (Omar Epps). Everyone believes Trick must be dead, but when a masked killer reappears the following Halloween, and every Halloween after that, they realise the nightmare is not over. With Trick wreaking havoc and killing people in increasingly terrifying ways, Denver will stop at nothing to finish what he started and bring the carnage to an end. 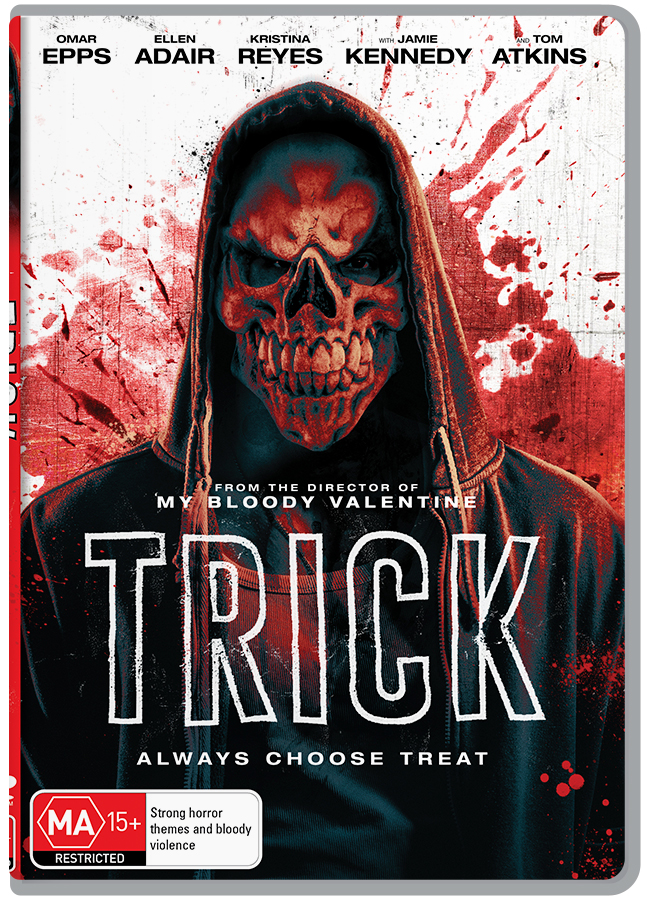 Entry details and conditions:
Competition closes at 11:59pm AEST Sunday August 2nd 2020.
Open only to folks residing in Australia.
One entry per person.
Winners will be notified in the comments.
This is a game of creativity and skill.
Our Privacy Policy can be found here.

TRICK is now available on DVD & Digital from Eagle Entertainment!