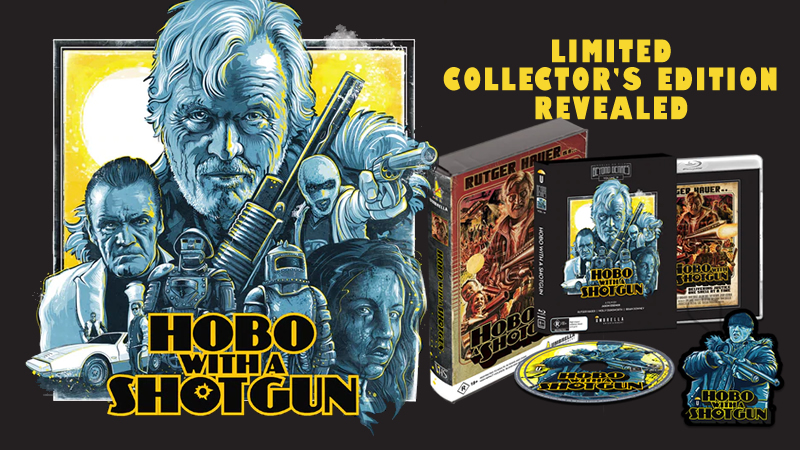 HOBO WITH A SHOTGUN Joins Beyond Genres Collection This July

Umbrella Entertainment have just revealed they will be adding HOBO WITH A SHOTGUN to their Beyond Genres Blu-ray line on July 6th but what’s more they have a Collector’s Edition set limited to just 100 units.

Comprised of the the Beyond Genres Blu-ray release of HOBO WITH A SHOTGUN along with the world’s first VHS release of the film and an Air Freshener with custom artwork. 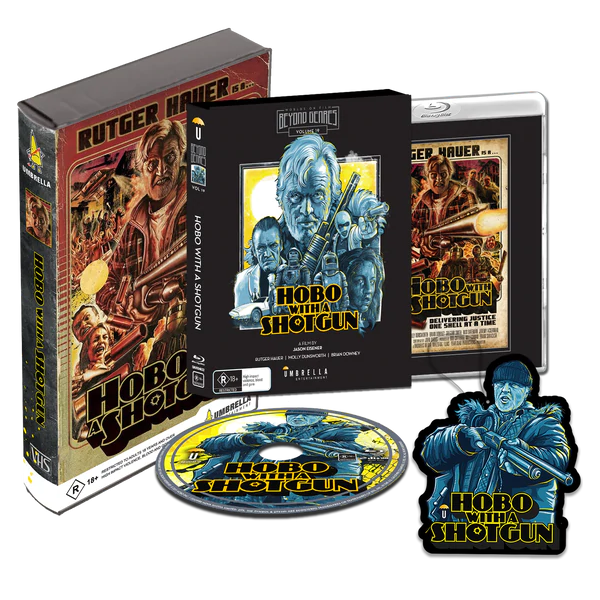 Moving from town to town, a ragged vagabond ends up in the criminal haven known as Hope Town. Run by the sadistic crime lord, Drake, and his equally brutal sons, Ivan and Slick, the God-forsaken city is rife with the scum of the Earth, who run rampant, of course, with the blessing of the corrupt local police. Under those circumstances, the disgusted nameless drifter decides to take matters into his own hands, and clean up the streets of the Drake infection. Now, his high-power, 20-gauge shotgun becomes the messenger of destruction and change. Who can stand in the way of the hobo’s rightful, pump-action retribution?

If you don’t want to go the whole HOBO experience, you grab the Limited Edition Beyond Genres Blu-ray release also. 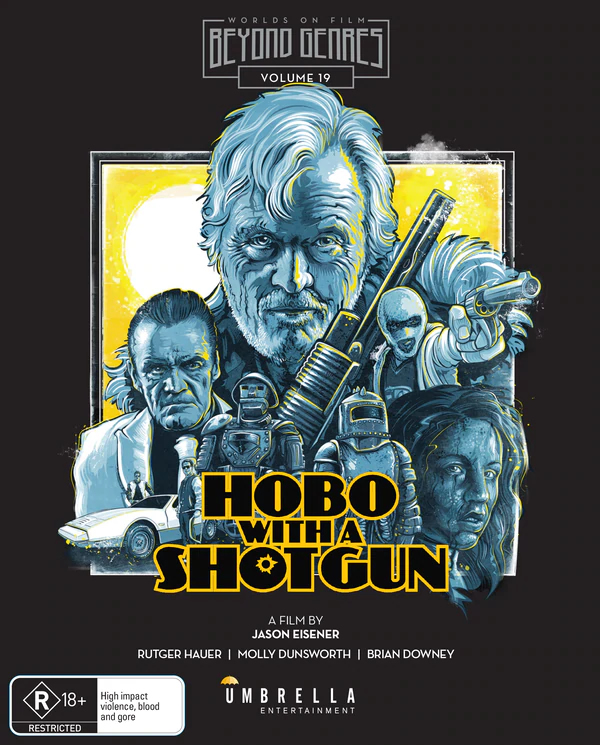