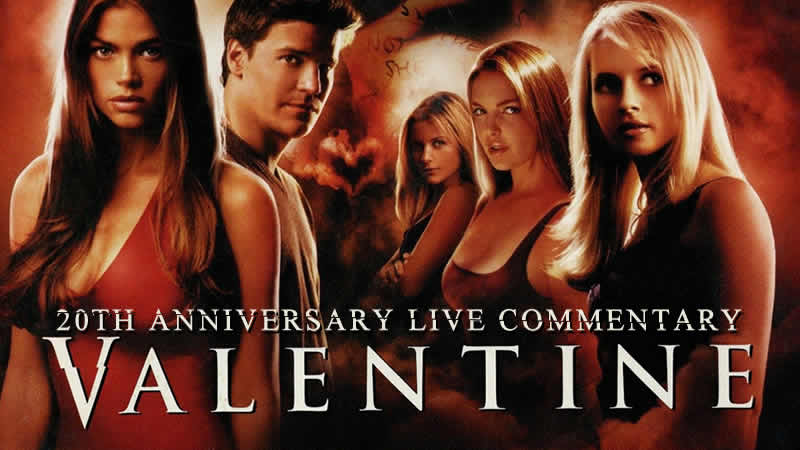 Filmmaker, Editor, Composer and Aussie Jamie Blanks has just announced on Twitter that he will host a 20th Anniversary Live Commentary for his 2001 slasher classic VALENTINE via Pizowell’s YouTube channel this Valentine’s Day…well Monday here down under. 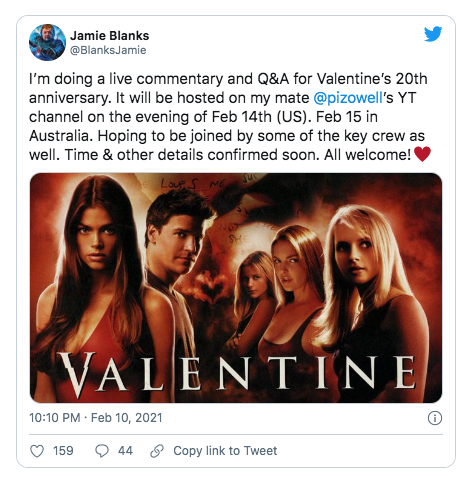 Jamie will be joined by screenwriters Gretchen J. Berg and Aaron Harberts along with film historian Peter Bracke with more guests to be possibly announced between now and then.

An exact time has yet to be announced but stay tuned as we’ll keep you up to speed via our socials.

Revenge is sweet, just like Valentine’s Day chocolates. At least, that is what a vengeful, Cupid-masked killer thinks. Be my Valentine … or else. Broken hearts and other mortal wounds await a cast of contemporary young stars when they play dating-scene veterans dying for love in this humor-laced, twist-filled thriller starring David Boreanaz (ANGEL), Denise Richards (STARSHIP TROOPERS), Marley Shelton (PLANET TERROR), Katherine Heigl (KNOCKED UP) and more. Cards, candy and flowers are nice. But for fans of stalker-shocker terror, there’s nothing like a Valentine.