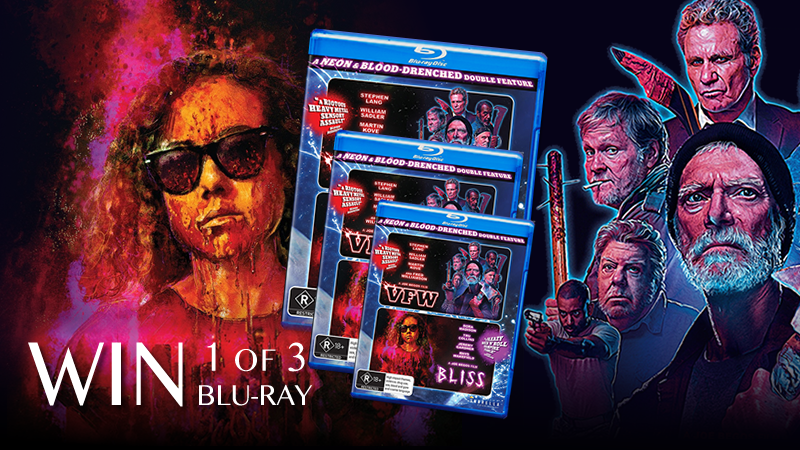 FANGORIA x MONSTER FEST 2019 Official Selections VFW and BLISS release this week to Blu-ray in a double pack…what’s more its the most definitive release of either film anywhere in the world! 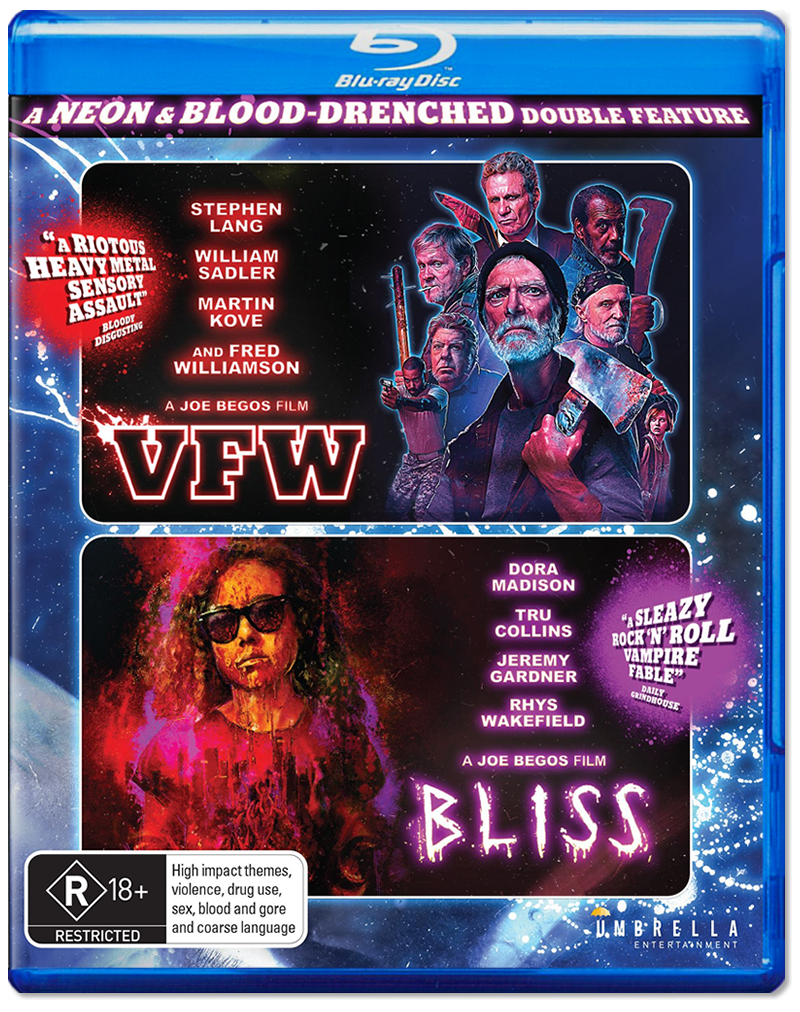 Both films are loaded with extra content, here’s a breakdown…

VFW is an intense, claustrophobic and gore-drenched dystopian ass-kick-a-thon that sees a group of war veterans defend their local VFW from a maniacal drug dealer and his army of crazed mutant punks.

BLISS follows a brilliant painter facing the worst creative block of her life who turns to anything she can to complete her masterpiece, spiralling into a hallucinatory hell-scape of drugs, sex, and murder in the sleazy underbelly of Los Angeles. 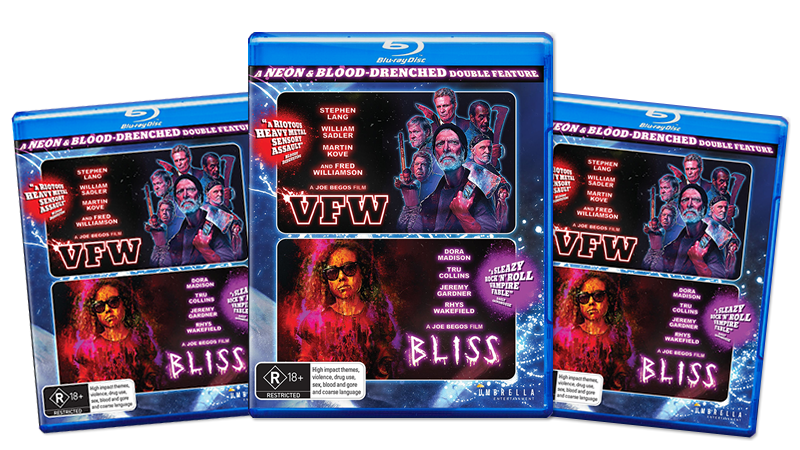 Entry details and conditions:
Competition closes at 11:59pm AEST Sunday April 19th 2020.
Open only to folks residing in Australia.
One entry per person.
Winners will be notified in the comments.
This is a game of creativity and skill.
Our Privacy Policy can be found here.

VFW/BLISS is now available on Blu-ray and you can grab it here!