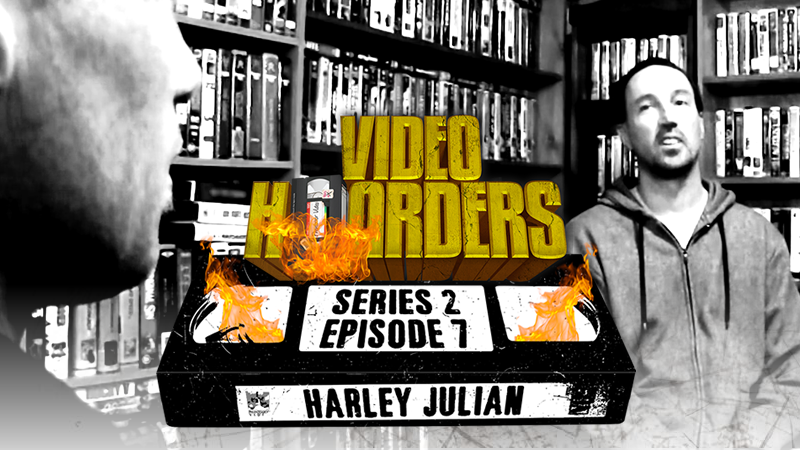 In this week’s episode of VIDEO HOARDERS, Rob and the lads delve into arguably the greatest VHS collection we’ve had on two seasons of the show. Nestled deep in the dark heart of Australia’s Capital Territory, Harley Julian’s expansive library of cassetted delights is a true wonder to behold. Every tape is immaculate and the breadth and scope of his collection is reminiscent of some of the pre-Blockbuster Video Library superstores of the late 80s / early 90s. From classics to cult, action to adult, kung-fu to comedy, Harley’s library has it all. If there’s once episode of VIDEO HOARDERS not to miss, it’s this one!

VIDEO HOARDERS is an web-series that follows series creator & host Rob Taylor as he journeys around Australia with his crew Jarret & Ben tracking down likeminded video tape collectors affectionately dubbed ‘tape-heads’ to check out their collections and “search the wild for that next rare find”.

You can also catch up on the previous six episodes of Series 2 and all of Series 1 right here!