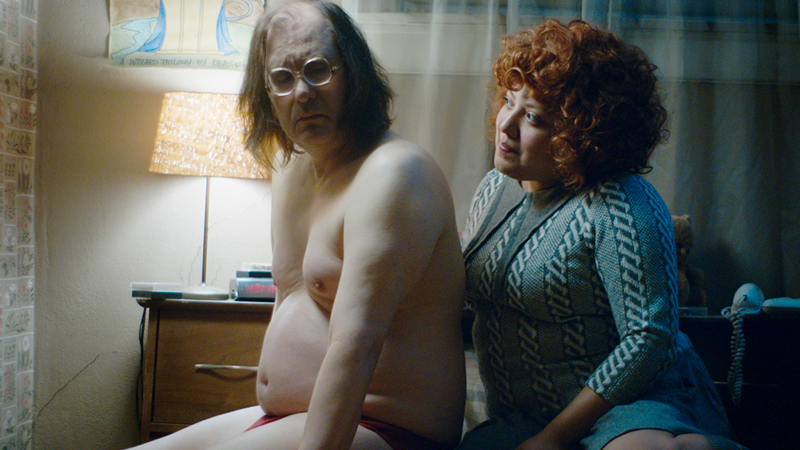 Michael St. Michaels who plays Big Ronnie in The Greasy Strangler will no longer be in attendance at Monster Fest 2016 or on the #GreasyDownUnder tour and in his place, joining Greasy co-star Sky Elobar will be ‘Eastbound and Down’ star, Elizabeth De Razzo.

Unfortunately St. Michaels was denied a visa by Australian Customs due to a cannabis charge dating back to 1970 and although he has no subsequent convictions, was still refused entry into Australia.

Neil Foley speaking on behalf of Monster Pictures today made the following statement:

“Whilst we are hugely disappointed not to have Michael on the tour we are over the moon to announce Elizabeth as his replacement. Playing Janet, she is one third of the lead trio in the film and she all but steals the show with her hilarious, raunchy and bold performance.

“To say we are delighted to have her on board is an understatement in the extreme.”

The only city affected by the change will be Adelaide, which due to a scheduling conflict, will now be omitted from the tour.

Elizabeth De Razzo is loved by TV audiences around the world through her work as Maria on the hit TV series ‘Eastbound and Down’.  She and Sky Elobar (who plays Big Brayden) will be in Australia for the full Greasy Down Under tour.

GREASY DOWN UNDER TOUR DATES: