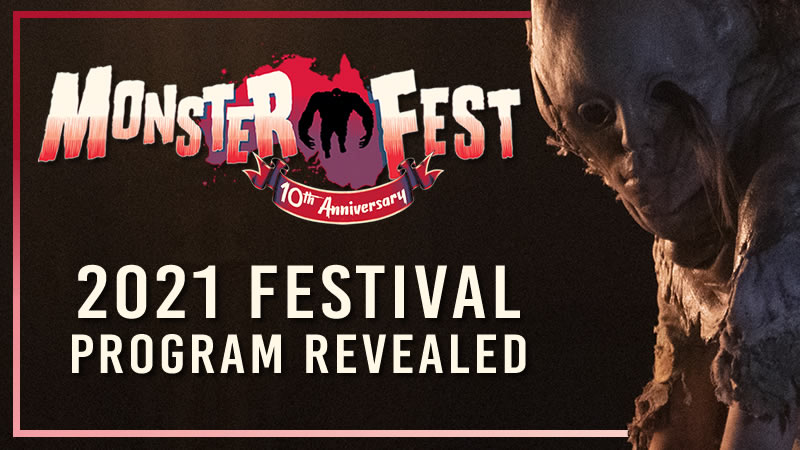 MONSTER FEST returns to Cinema Nova from December 2 – 12 to celebrate our 10th Anniversary with 10 days of the latest and greatest genre and cult cinema programming from around the world along with Filmmaker Q&As, Panel Discussions and Special Events. 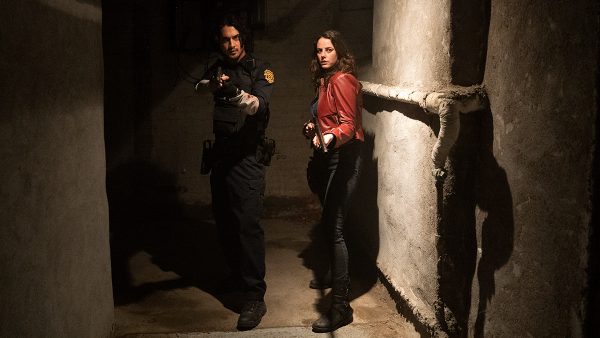 With equal lashings of laughs and gore, Danishka Esterhazy‘s satirical slasher SLUMBER PARTY MASSACRE can join a short list of films that includes THE BLOB (1988), HOUSE ON HAUNTED HIL (1999) and MANIAC (2012) as rare reimaginings that genuinely work and arguably eclipse their original source.

Kiah Roache-Turner & Tristan Roache-Turner‘s highly anticipated follow up to 2014’s WYRMWOOD, WYRMWOOD APOCALYPSE follows Rhys (Luke McKenzie, WENTWORTH), a soldier who in a dystopic zombie-infested Australia, has dedicated his life to tracking and capturing survivors for the Surgeon General in hopes of finding a cure. 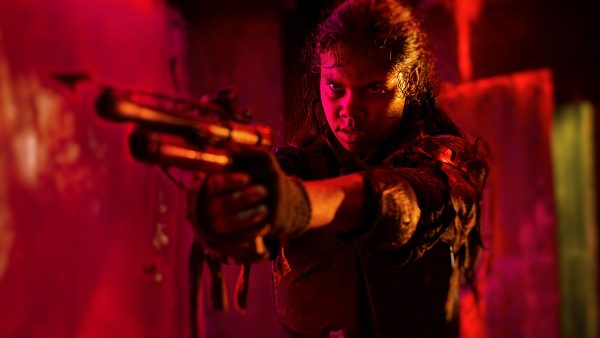 As if puberty weren’t enough, imagine discovering at such a formative age that you’re also a witch, such is the case for Izzy (Zelda Adams), in the Fantasia Film Festival award-winner, HELLBENDER, the latest work from the auteur family of filmmakers John Adams, Zelda Adams & Toby Poser.

Every year we attempt to program at least one film in which the violence, gore and obscenity is that visceral and extreme that it may give even the most seasoned Monster Fest patron pause. This year, that film is THE SADNESS, fresh from its Fantastic Fest win for ‘Best Horror Film’, Rob Jabbaz‘s debut feature sees a nation fall as a rampant plague turns it citizens into depraved, unconscionable and ruthless sadists. 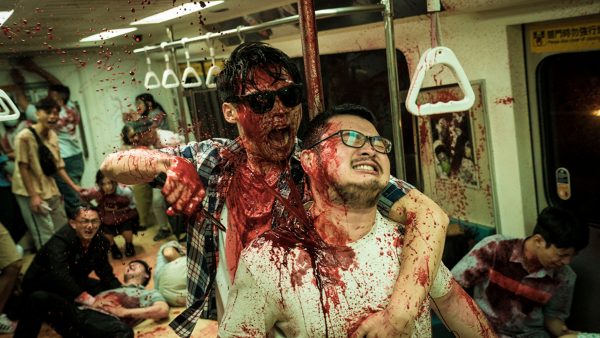 What do you get when you cross two New York City hipsters, a surprisingly affordable apartment on Manhattan’s Upper East Side and Jeffrey Epstein’s ghost? Dasha Nekrasov‘s Berlinale award–winning THE SCARY OF SIXTY-FIRST, a giallo-infused and conspiracy-fuelled pitch-black comedy.

NOVA STAR is the long-awaited and highly anticipated fifth feature from Monster Fest alumni Daniel Armstrong (TARNATION), an intergalactic comedy that sees Mack, a space janitor, tasked with saving the universe from Kill-Bots, Space Pirates, Bounty Hunters and an evil Space Queen who plans to flush the entire cosmos out of reality through a black hole.

Passion, hope and destiny collide when two men from opposite sides of the world work together to bring Wakaliwood’s unique blend of action and comedy not only to screens throughout Africa but to the wider world in Cathryne Czubek & Hugo Perez‘s crowd-pleasing documentary ONCE UPON A TIME IN UGANDA. 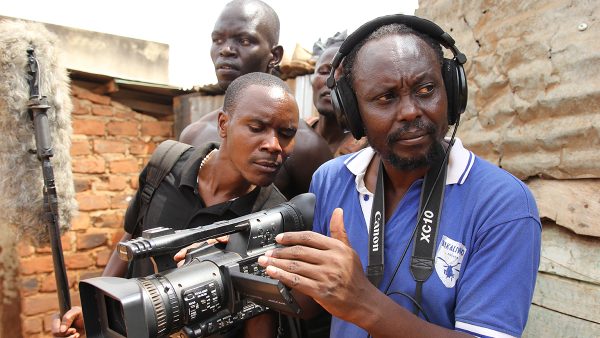 BAFTA-winner Paul Andrew Williams‘ BULL is a brutal, subversive and wickedly suspenseful story of a wronged man (Neil Maskell, KILL LIST) who returns home after a decade-long absence to seek revenge on those who double-crossed him and left him for dead.

Following on from sold-out screenings at TIFF, Fantastic Fest and Beyond Fest, Ruth Paxton‘s A BANQUET is an unsettling, thought-provoking and hyper-tense psychological thriller about mother attempting to cope with a sudden and terrifying change in her daughter’s behaviour.

OFFSEASON is the latest offering from prolific genre filmmaker Mickey Keating (DARLING), that follows Marie (Jocelin Donahue, DOCTOR SLEEP) who ventures to a remote island to see to some family business but soon realises that may never be able to leave. 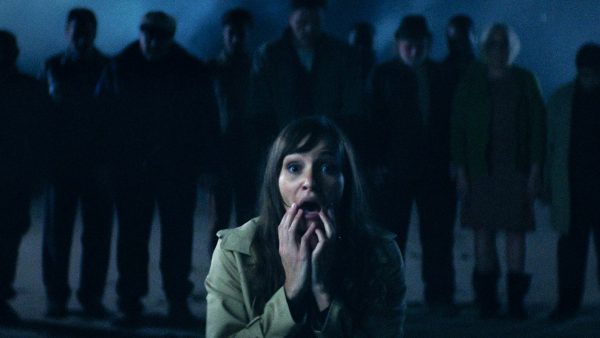 Australia has had many entries in the found footage sub-genre but to date none have equaled the sheer scale and genuine scare of 2011’s critically acclaimed THE TUNNEL. Now ten years on, go behind-the-scenes of the film that helped redefine a sub-genre globally and discover not only how the film was made but the impact its had since its release in THE TUNNEL: THE OTHER SIDE OF DARKNESS.

When two cocky door-to-door salesman happen to call upon the wrong household, what ensues is an escalation dark comedy of the highest order in director Josh Wallace‘s KEEPING COMPANY.

Filmmakers Samuel Gonzalez Jr. & Bridget Smith‘s THE RETALIATORS craft a refreshingly original and unsparingly brutal tale of a pastor on the hunt to find his daughter’s murderers but will his faith in God prevent him from extracting the revenge he rightly deserves. 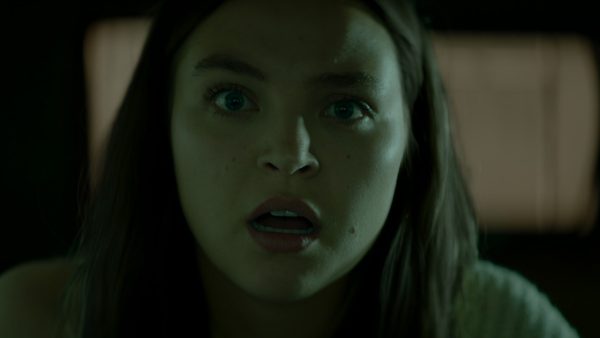 Kevin Kopacka‘s DAWN BREAKS BEHIND THE EYES is an experimental horror with the gothic chills of Mario Bava and the visceral excess of Lucio Fulci that sees a couple inherit a rundown castle from which they find time and reality shift around them.

Twists and tension collide in writer/director Christopher Donaldson‘s DITCHED, that finds an ambulance crew besieged by a mysterious and malicious presence in the woods.

Adam Stilwell‘s sophomore feature, THE FREE FALL, is psychological horror that follows Sara (Andrea Londo, NARCOS) who wakes from a coma to a life she doesn’t remember and perhaps is best not to.

Following a robbery, an expectant mother searches for her family’s stolen dog but soon finds her hunt leading to the seedy and dangerous underworld of illegal dog fighting, in Samuel Galloway‘s MUTT.

THE DUNES is a psychological thriller from writer/director Martin Copping about a journalist who returns to his hometown to investigate a disappearance but encounters a mysterious figure who threatens his very own existence.

Josh Conn‘s survival thriller CROW VALLEY follows Benny, who after suffering from a hit and run, wakes to find himself in a cabin with a woman whose grip on reality and edge of sanity is slowly slipping away.

They say you can’t go home again and for Lily she will soon wish she hadn’t. Filmmakers Paul Anthony Nelson & Perri Cummings‘ APPARITIONS is a multi-layered suspense horror that explores fear, family and identity. 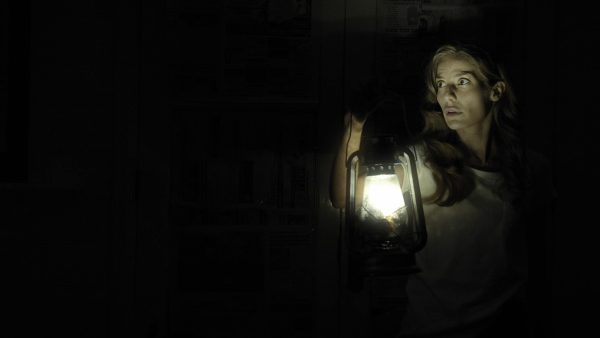 Zeke Dixon-Kitt‘s debut feature THE LONESOME ROOM is a single-location thriller that follows an author suffering writer’s block who finds herself trapped in a scenario not too dissimilar to one from her novels.

If there were any good to come out of Melbourne’s seemingly never-ending lockdowns, it may just be that it afforded the time to search, discover and assemble Cameron McCulloch‘s thought-to-be-lost debut feature, SCAM. Shot in the early 2000s, this loving ode to and entry in a bygone era of crime capers centres around Kim (Kesti Morassi, WOLF CREEK), a small-time scam artist looking to level up in the underworld, which is unfortunately run by her disapproving father.

We dare you to experience producer Andy Warhol & director Paul Morrissey‘s BLOOD FOR DRACULA & FLESH FRANKENSTEIN as a Double Feature on the big screen with all-new 4K Restorations from their original camera negatives.

In honour of its 10th Anniversary, we are pleased to host a celebratory screening of the Australian found footage classic THE TUNNEL, that finds a tv crew on the hunt for a story that quickly becomes clear is hunting for them.

Alright you Tapeheads, listen up! Monster Fest is pleased to premiere VIDEO HOARDERS SEASON 3 in its entirety, all five episodes back-to-back up on the big screen. Series creator and host Rob Taylor is headed north…North America, Canada in fact, as he raids the VHS stashes of some serious Canuck collectors and gives us an inside look at their convention scene too.

When we think of our canine companions as seen in cinema, we are instantly reminded of loving and loyal best pals however in the horror film, dogs serve a very different purpose. Film critic and author Lee Gambin will take you on a walk through the history of Dog-Horror cinema with his lecture THEY’RE NOT PETS ANYMORE: DOGS IN THE HORROR FILM.

Following on from Lee Gambin’s fascinating talk, Monster Fest is beyond excited to showcase three of the finest examples of Dog-Horror ever made with our DOGSPLOITATION MARATHON. The films themselves are, at present, a closely guarded secret but suffice to say there will be enough gnashing of teeth, slobbering jaws and high-pitched barks to satisfy all comers. And if that’s not enough, intersperse between the screenings will be a little thing we like to call MONSTER FEST TRIVIA.

FROM SHORT TO FEATURE: THE CREATIVE JOURNEY OF BUTTON MAN presents not only the Australian Premiere of the BUTTON MAN Short but will also be a Filmmaker Q&A and Panel session to discuss the journey of the film so far and the next steps the filmmaking team will take to get the feature to market.

As always we are thrilled to bring you the very best Short Films from around the world. With one Short playing prior to all Feature programming and two dedicated sessions of Shorts this year: MONSTER FEST SHORTS & MONSTER FEST STUDENT SHORTS.

And no Monster Fest would be without Dick Dale’s TRASHARAMA. Bursting at the seams with gross-out horror, bad taste comedies, sick n’ twisted animations, science-fiction scat and other genres not even invented yet, Trasharama is Monster Fest tradition and not to be missed. Trash ain’t trash when it’s in Trasharama!

Finally we have a SURPRISE SESSION. We’ve been working furiously behind the scenes to bring you a super special addition to this years’ program. Take a leap of faith and grab a ticket now or wait until all is revealed, either way we guarantee it’ll be worth it.

VIP Pass – $330
Valid for 28 sessions including Opening Night, Closing Night and Special Events at Monster Fest from Thursday December 2nd through Sunday December 12th. It cannot be used for multiple tickets to the same session or for sessions that run concurrently.

10 Film Pass – $150
The 10 Film Pass may be used for any 10 Monster Fest film sessions from Thursday December 2nd to Sunday December 12th including Opening Night, Closing Night and Special Events. It cannot be used for multiple tickets to the same session or for sessions that run concurrently.

5 Film Pass – $75
The 5 Film Pass may be used for any five Monster Fest film sessions from Thursday December 2nd to Sunday December 12th including Opening and Closing Night but excluding The Andy Warhol 4K Double Feature and The Dogslpoitation Marathon. It cannot be used for multiple tickets to the same session or for sessions that run concurrently.

Cinema Nova and Monster Fest will be following Victorian State Government COVID-safe guidelines, which we urge ticket buyers to review ahead of festival attendance. For more information visit: https://www.coronavirus.vic.gov.au/