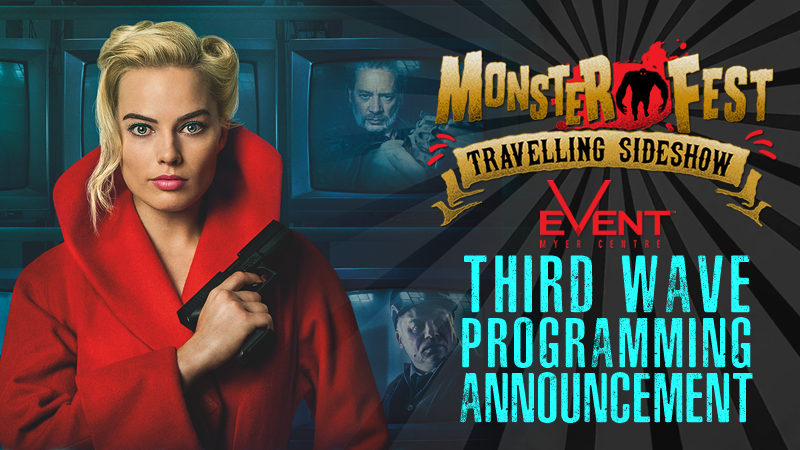 We are pleased to announce the Australian Premiere of Vaughn Stone’s TERMINAL, a stunning sci-fi noir starring Academy Award-nominee Margot Robbie (I, TONYA), Simon Pegg (STAR TREK) and Mike Myers (AUSTIN POWERS). Also making its Australian festival debut is Jenn Wexler’s THE RANGER, a wild, gory and punk rock throwback to the golden-age of slashers. Our last film for this announcement is the Queensland Premiere of writer/director Luke Shanahan’s debut feature, RABBIT, a gripping psychological thriller that Birth.Movies.Death declares “has the makings of a contemporary fairytale“.

A twisted tale of two assassins carrying out a sinister mission, a teacher battling a fatal illness, an enigmatic janitor and a curious waitress leading a dangerous double life. Murderous consequences unravel in the dead of night as their lives all intertwine at the hands of a mysterious criminal mastermind hell-bent on revenge.

After a run-in with the cops at a punk show goes sideways, Chelsea (Chloe Levine – THE TRANSFIGURATION) and her pals flee the city in search of a place to lay low. Running to the security of Chelsea’s old, abandoned family cabin in the woods, they fall under the watchful eye of an overzealous park ranger (Jeremy Holm – ‘House of Cards’) who holds a secret from Chelsea’s past.Set to the beat of a killer punk soundtrack (FANG, The Avengers, The Grim, Rotten UK and more) and presented in eye-popping neon colours, Jenn Wexler’s debut offers a modern take on survivalist horror that both celebrates and subverts the usual tropes—with equal parts humour, glitter and gore.

TERMINAL, THE RANGER and RABBIT join our previously announced films, HEREDITARY, OCCUPATION and WHAT THE WATERS LEFT BEHIND at MONSTER FEST TRAVELLING SIDESHOW Brisbane.